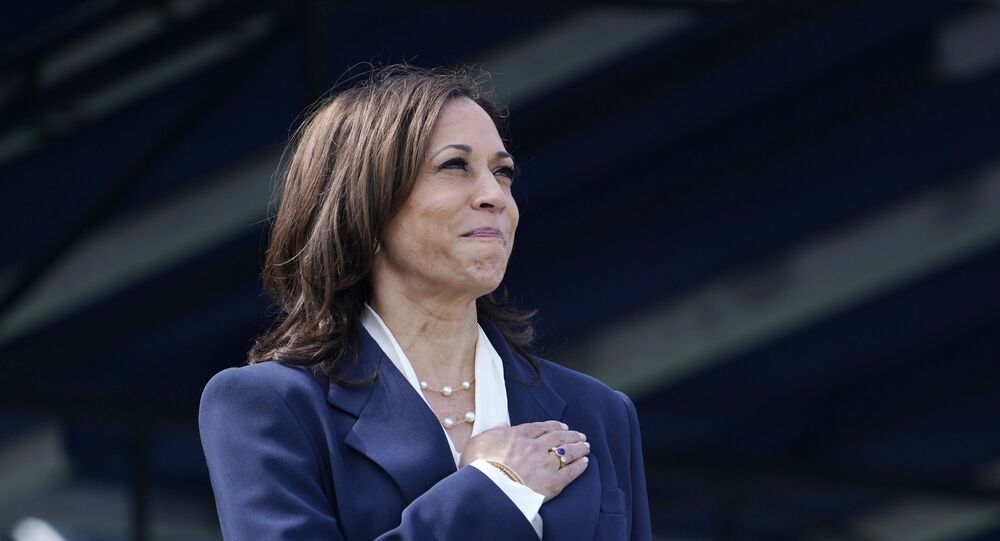 The news comes as US Customs and Border Protection revealed that the number of illegal migrants crossing into the United States has reached its highest level since 2006. According to the agency, last month alone 180,000 people were detained on the southern border with Mexico.

US Vice President Kamala Harris has been criticised for unprepared responses to the migrant crisis. A CNN panel called her trip to Guatemala and Mexico a disappointment, pointing to her conflicting answers.

One of the biggest "failures" mentioned by the panel were Harris' answers to the question she has been asked for almost three months: "when are you going to visit the border?" And almost every time the official either laughed it off or dodged the question. During her recent interview with NBC's Lester Holt, Harris, whom Biden described as the "most qualified person" to deal with the migrant crisis, got defensive when the anchor pressed her on the issue.

"You haven't been to the border", Holt said.

"And I haven't been to Europe", Harris snapped. And I mean, I don't understand the point that you're making. I'm not discounting the importance of the border", Harris replied.

Olivier Knox, chairman of the White House Correspondents' Association and member of the CNN panel, said it was baffling that the second-in-command was not better prepared.

"To be clear, she was going to be asked this question. And the fact that they didn't have something better than 'I haven't been to Europe' is fairly notable", he said.

CNN host Abby Philip called Harris' answers "cringeworthy" and alleged that her allies in the White House are "wondering what is going on".

Philip's statement echoes earlier reports by CNN, saying that officials are "frustrated" and "perplexed" by the VP's rocky answers on the migrant crisis.

She Purportedly Listens to a Select Group of People

One of the reasons behind the vice president's bizarre answers is that she "can be notoriously difficult to prep" former aides said. The individuals, who wished to remain anonymous, told the outlet that the second-in-command listens to a select group of people, with the biggest confidant being her sister Maya.

"If somebody doesn't knock it out of the park their first time, then they will always have a tough time. And so that often leads to the people who she relies on the most being in charge of leading prep on everything, which is impossible to do well, regardless of who you are", said one former aide.

As mentioned earlier, the news comes as the number of illegal migrants crossing America's southern border keeps increasing, with US Customs and Border Protection (CBP) saying it has reached a record level. Critics of the Biden administration blame the ongoing situation on his decision to reverse immigration laws adopted under his predecessor Donald Trump. After his inauguration, Joe Biden terminated asylum agreements with several Central American countries and suspended the policy requiring migrants to wait for asylum hearings outside the United States.

Kamala Harris previously insisted that instead of dealing with the crisis on the border one has to focus on the root causes of migration – corruption and lack of economic opportunities in Central America.