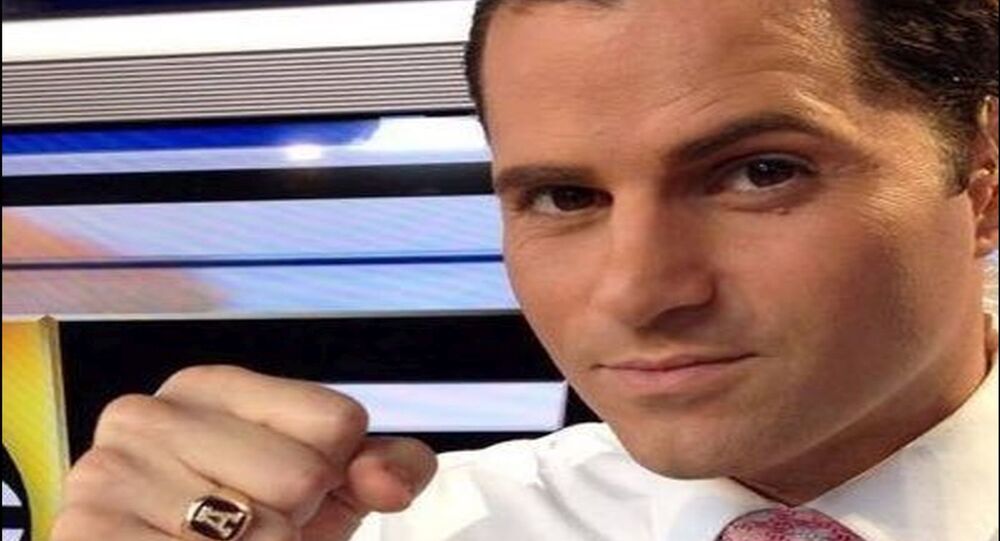 The Alabama TV anchor previously indicated that he has been receiving a lot of death threats ever since he broke the story. The latter sparked allegations in 2016 that the Clintons tried to bury the FBI investigation into Hillary Clinton's use of a private email server during her time as secretary of state.

Christopher Sign, a 45-year-old TV anchor, was found dead on 12 June at his home in Hoover, Alabama. Local police checked his home after "a person down" call around 8:00 am.

According to Hoover police Lieutenant Keith Czeskleba, his death is being investigated as a suicide, although no details as to why this theory is predominant are available at the moment.

Sign is survived by his wife Laura and three sons.

The journalist's colleagues were shocked by his sudden death, expressing condolences over his untimely passing.

"Chris was a tremendous leader in our newsroom. He worked with our reporting staff on a daily basis, but also worked behind the scenes with the I-Team and with news managers on coverage of major events. He was passionate about journalism and showed it each and every day as he pushed himself and his colleagues to be the best", Sign's employer, ABC 33/40 said in a tribute.

The TV anchor shot to fame after breaking a scandalous story about Bill Clinton's meeting with then-Attorney General Loretta Lynch in June 2016 on the tarmac at Phoenix Sky Harbor International Airport.

The event, which is often dubbed as the "tarmac meeting", sparked controversy since it took place at the same time as the FBI was probing Clinton's wife, Hillary, over her alleged use of a private email server instead of the government-issued one when she served as secretary of state. The attorney general, however, insisted that no matters related to the investigation had been discussed during that meeting with Clinton, which she described as "primarily social".

The probe looked into whether Hillary Clinton received correspondence marked as confidential via her private email server instead of a properly protected government one. The email server scandal is presumed to have been one of the reasons why the Democratic candidate lost to Donald Trump in the 2016 election. Then FBI Director James Comey refused to recommend opening a criminal case against Clinton at the end of the probe, only slamming her for being "extremely careless" in handling her work emails.

Christopher Sign's breaking news story about the "tarmac meeting" not only made him famous and allowed him to publish a book, called "Secret on the Tarmac", but also resulted in him and his family getting numerous death threats and suffering from harassment.

"My family received significant death threats shortly after breaking this story. Credit cards hacked. You know, my children, we have code words. We have secret code words that they know what to do", Sign said while describing his life after breaking the story in an interview with Fox News.

The journalist also shared his take on the tarmac story, claiming that what transpired there was "a bit unusual", in his opinion. He dismissed Loretta Lynch's explanations and insisted it was a "planned meeting" rather than a "coincidence".

Killing the Conspiracy: Russian Businessman With ‘Ties’ to Trump Tells All