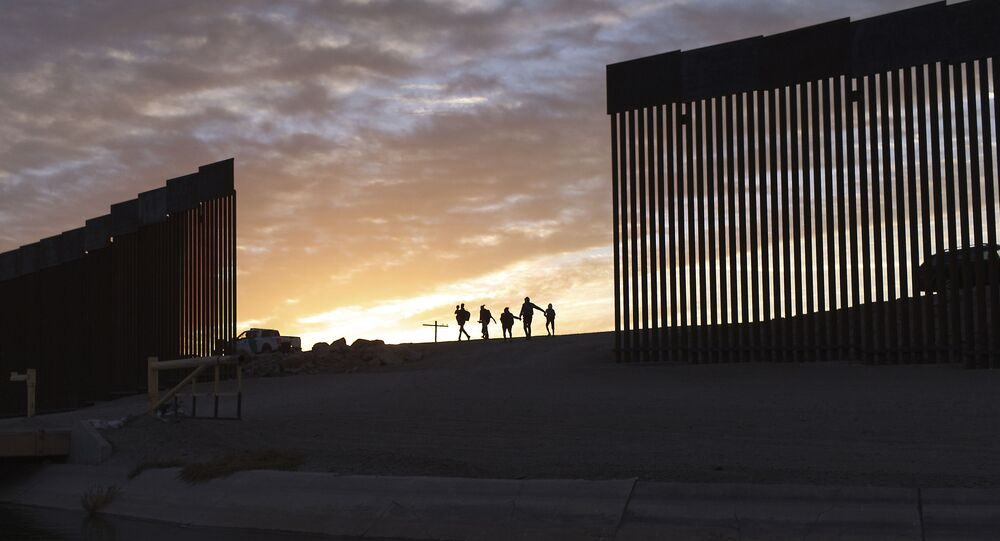 The Democrat president ordered the suspension of many of Trump's immigration policies on his first day in office, including the Republican's iconic project to build a border wall with Mexico that was supposed to help curb the influx of illegal migrants into the country.

Texas Governor Greg Abbott has announced plans to build a wall along the state's border with Mexico, which became the source of a record-high influx of illegal migrants this year. It is no coincidence that the governor's plan sounds similar to the one of former POTUS Donald Trump – Abbott said the move to build the state wall emerged as a response to a decision by President Joe Biden to revoke his predecessor's policies on immigration – including plans for building the border wall.

Abbott said that the plan for building the wall in Texas will be laid out next week alongside other security measures.

"I will announce next week the plan for the state of Texas to begin building the border wall", the governor said.

Additional security measures in Texas will include building state-level detention centres for illegal migrants. In total, The Lone Star State is planning to spend $1 billion on enhancing border security.

The Texas governor also announced that his state will be arresting illegal aliens and sending them to local jails instead of handing them over to the federal Immigration and Customs Enforcement (ICE).

Following the inauguration of Democrat President Joe Biden, the US' southern border has faced an unprecedented influx of migrants from Central American countries coming through the border with Mexico. While the Biden administration has persistently downplayed the scale of the problem, opponents in the GOP have blamed Biden's decision to reverse Trump's immigration policies for the border crisis.

Among other things that were introduced by Trump, Biden halted the construction of his predecessor's pet project, the border wall with Mexico, ordering all US Army Corps of Engineers and private contractors to stop working on its construction. He also ordered the US military's funds allocated for the wall's construction to be redirected to other needs.

It is unclear, however, how Abbott's initiative to build a state wall is connected with Biden's order to stop erecting the border wall or whether the initiative violates the POTUS' executive order.

Texas was among the US states that criticised the administration for the record numbers of illegal border crossings and demanded that the crisis be resolved and for a harsher stance to be taken on illegal immigration. However, Biden and his team insist they will be working on the issue from a different angle: by cooperating with Central American governments and eliminating the root of the problem – rampant poverty and humanitarian disasters in these countries.

Texas, however, was left dissatisfied with the Biden administration's response, which so far has not yielded significant results. Abbott announced back in March that the border crisis and influx of illegal migrants had led to a spike in drug smuggling and human trafficking across the border with Mexico. In response, the governor deployed hundreds of state agents to the border as a part of Operation Lone Star aimed at curbing the rising levels of criminal activity.