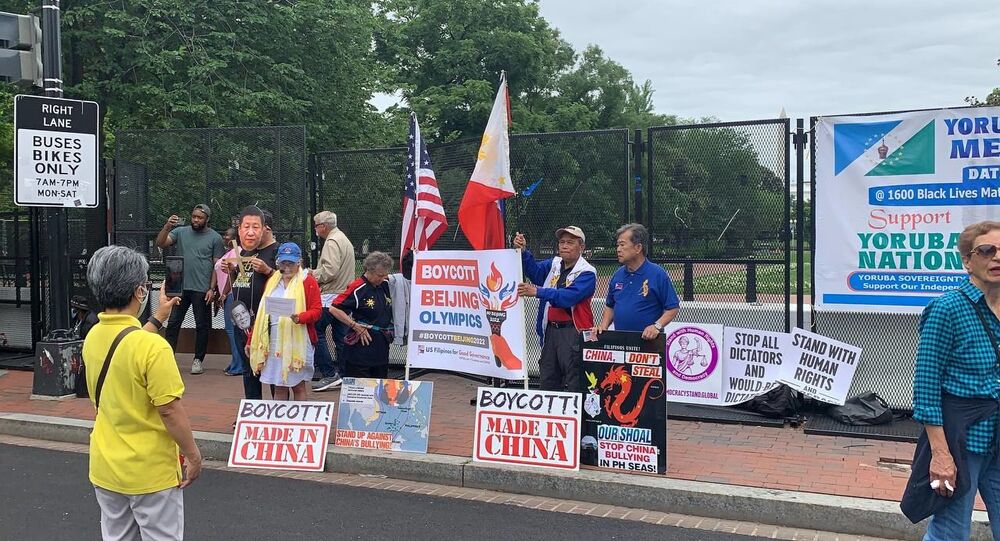 Saturday in the US capital has seen a flurry of activity, as the city has seen as many as four separate protests held simultaneously in the White House area.

Four different protests are unfolding in Washington, DC, prompting the authorities to seal off the area around the White House, a Sputnik correspondent reported on Saturday.

A group of Christian demonstrators has gathered near the statue of Tadeusz Kosciuszko to protest against abortion.

Fr. Stephen Imbarrato, a Catholic pro-life activist from LifeMinistriesUS, is an organiser of the first annual men’s march in Washington, DC aimed at ending legalised abortion in the US. He says that the main reason for the problem is that “men are not standing up and being men”.

Another group carrying US and Philippine flags is protesting nearby against China's "bullying" tactics, holding posters calling for a boycott of the upcoming Beijing Olympics and products made in China.

Just next to the anti-China gathering, a small group of protesters has assembled to demand a permanent ceasefire in Afghanistan.

The fourth protest is being held in support of the secession of Yoruba-speaking areas of Nigeria.

All four gatherings are rather small and do not seem to be causing any major disruptions to public life.

Nevertheless, the authorities have moved to cordon off the area around the White House.