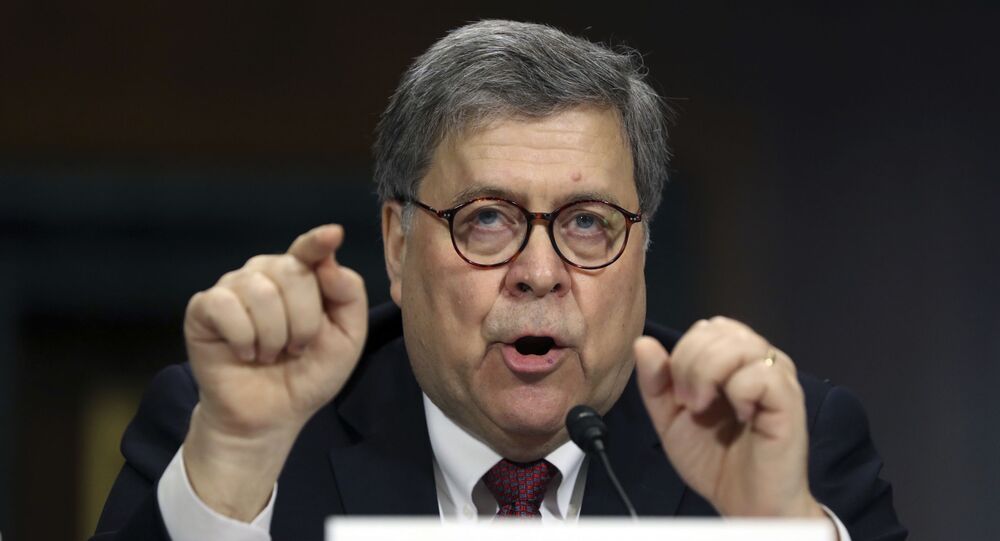 Democrats have called out what they consider to be an "abuse of power" by the Trump-era's Department of Justice over attempts to identify the sources of leaks of confidential information regarding the activities of members of Trump’s 2016 election campaign team.

Top Senate Democrats, including Majority Leader Chuck Schumer and Judiciary Committee chief Dick Durbin, have called on former Trump administration attorney generals Jeff Sessions and William Barr to testify before Congress under oath on the Department of Justice's attempts to look into the phone records of members of the House Intelligence Committee. The Democratic leaders warned that if the two fail to show up, they will be subpoenaed to testify.

Schumer and Durbin further stated that the DoJ will have to provide all available information on what they called "abuse of power" by the previous AGs to the Senate Judiciary Committee, which is looking into the matter. The Democrats also suggested that more officials involved in the purported illegal monitoring of Congress members' communications might be subpoenaed, and suggested that the GOP should join the probe.

"We expect that our Republican colleagues will join us in getting to the bottom of this serious matter", Schumer and Durbin said.

The Senate Democrats' effort to have Sessions and Barr testify before Congress comes in the wake of Apple notifying lawmakers on the House Intelligence Committee, as well as their aides and relatives, that the DoJ sought to obtain records of their communications via grand-jury subpoenas back in February 2018, according to a New York Times report. The issue was reportedly brought up by an Intelligence Committee official with the Department of Justice, but the latter only responded that the matter had been closed.

According to the newspaper, the DoJ managed to obtain the records of people serving on the committee between 2017 and 2018, including current House Intelligence Committee chief Adam Schiff.

The subpoenas that Apple reportedly notified its customers about could be related to efforts of the Trump administration to identify the source of leaks of confidential information, which troubled the previous Cabinet. Sessions reportedly launched investigations into the source of the leaks about contacts between members of Trump’s election campaign and Russian figures.

© AP Photo / Evan Vucci
Political Persecution? How US Dems Are Cracking Down on Trump & His Conservative Supporters

Barr reportedly inherited six of them upon taking office in February 2019. Trump's last AG, however, denies having knowledge about probes involving the monitoring of Congress members' communications and assumed that such investigations could have taken place prior to him becoming the head of the DoJ.

White House: US to Explain Spying on EU Leaders Via Security Channels With Allies

Berlin Likely to Hush Up Investigation Into Denmark's Role in US Spying Scandal, AfD Member Says