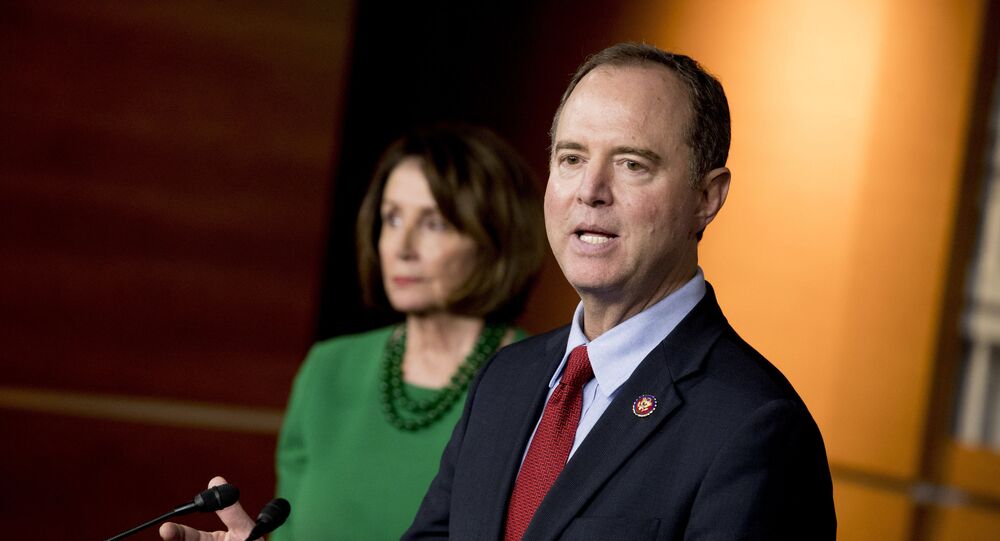 The investigation by the Department of Justice reportedly became known to lawmakers last month after a gag order placed on Apple by the DoJ expired and the company notified them.

Intelligence Committee Chairman Rep. Adam Schiff has called for a probe by the inspector general into the reported actions of the Justice Department in relation to alleged information leaks from the Trump administration during its early period.

The California Democrat told MSNBC’s Rachel Maddow on Thursday that the reported subpoenas of his records were a “terrible abuse of power.”

“It also makes the Department of Justice just a fully owned subsidiary of the president’s personal legal interests and political interests”, he added.

His statement comes after The New York Times reported on Thursday, citing anonymous sources familiar with the matter, that prosecutors from the Justice Department under then-President Donald Trump had subpoenaed the Apple communications data of at least two Democrats on the House Intelligence Committee related to the Russia investigation, as it was hunting for leaks.

© AP Photo / J. Scott Applewhite
US Should Consider Imposing More Sanctions on Russia Over Bounty Allegations, Schiff Says
The records of 12 people connected to the intelligence panel were shared in the process, according to reports, including those of the panel’s Chairman Adam Schiff as well as the second Democrat on the committee, California Rep. Eric Swalwell.

“We have seen this through the Justice Department by Donald Trump, whether it was the reason he was impeached, for trying to go after Vice President Biden at the time, or just other efforts, you know, through the Mueller investigation”, Swalwell told CNN. “And I support Chairman Schiff’s call for an inspector general report into not only this conduct, but other conduct that was corrupt by Donald Trump and those who worked for him”.

House Speaker Nancy Pelosi has also supported the calls for a probe into the subpoenaing of data from Apple by Trump’s Justice Department.

“These actions appear to be yet another egregious assault on our democracy”, Pelosi said in a statement, calling the issue “the politicization of the Trump Administration Justice Department”, adding that it is “harrowing”.