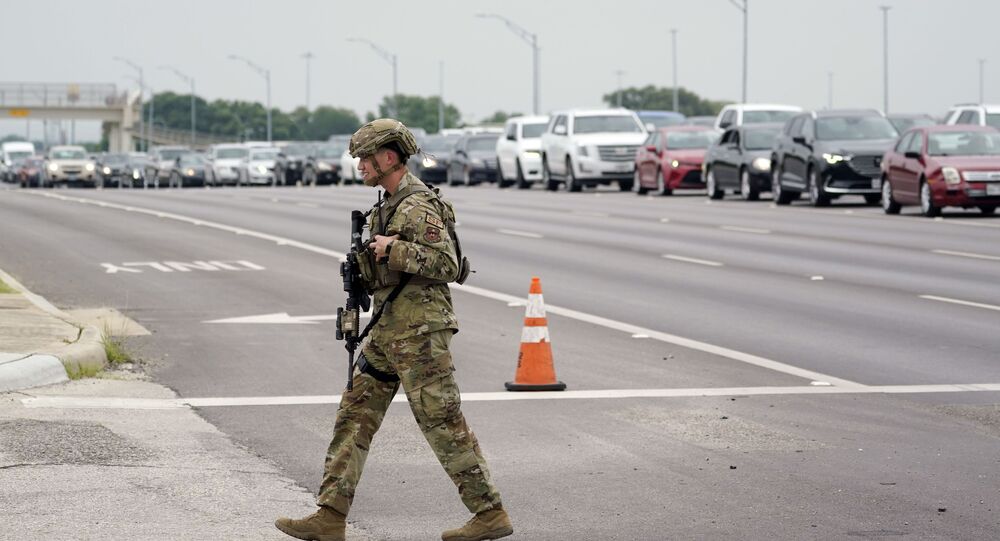 Lockdown Lifted at US Air Force Base in Texas, Following Reports of Gunfire

The lockdown at JBSA-Lackland was lifted approximately one hour after officials received reports of shots fired near the western side of the US military installation.

Lt. Col. Brian Loveless, commander of the 802nd Security Forces Squadron, told reporters Wednesday that investigators are still attempting to figure out whether the incident was credible, or a false alarm.

➡ JBSA-Lackland is now ALL CLEAR.
➡ There are no reports of any injuries. pic.twitter.com/tk1Uhlb8v7

"We’re trying to investigate a couple of leads right now to confirm that gunshots actually did take place on the installation," Loveless said.

No injuries were reported, and members of the San Antonio Police Department are handling the investigation.

© AP Photo / Eric Gay
A military policeman stands guard at JBSA-Lackland Air Force Base game, Wednesday, June 9, 2021, in San Antonio. The Air Force was put on lockdown as police and military officials say they searched for two people suspected of shooting into the base from outside.

"There’s a lot of facilities on this installation that are very important to the Air Force. I would rather overreact (to a gunfire report) than underreact," the commander said.

"Our response was perfect," Loveless added.

Joint Base San Antonio is the largest joint base of the US Department of Defense. It is used, among other things, for the training of soldiers of the National Guard and officers of the American army.

US Air Force Base in San Antonio, Texas, Under Lockdown Due to Active Shooter