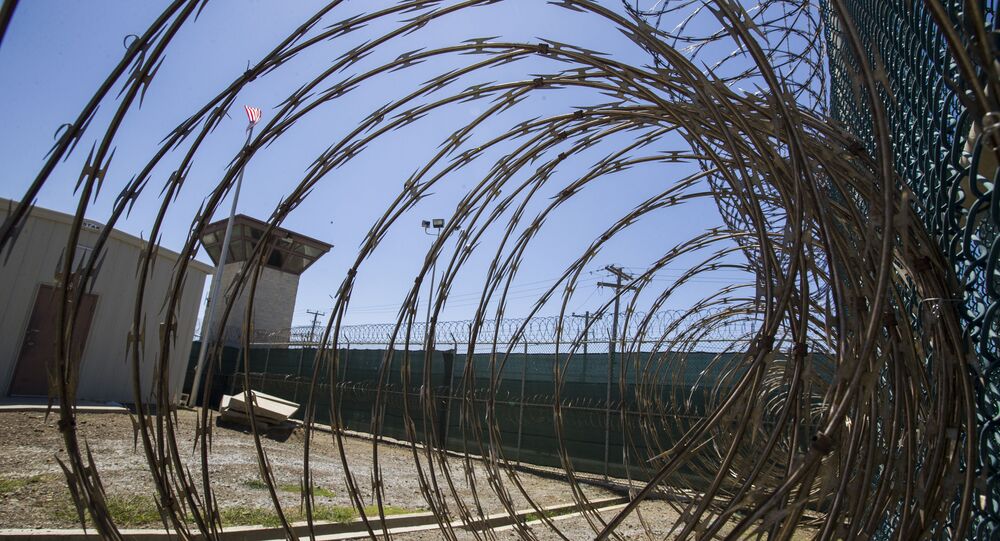 Dozens of US lawmakers recently took up an effort to urge the Biden administration to initiate the closure of the Guantanamo Bay detention facility, where approximately 40 individuals are being held at the military prison. Many of the detainees have been imprisoned for nearly two decades without being charged with a crime or tried in court.

US President Joe Biden is reportedly tapping a low-key approach in his efforts to officially shutter operations at the infamous Guantanamo Bay Detention Camp within his first term in office, it was recently revealed.

Sources familiar with the administration’s measures informed NBC News that Biden’s approach would be much less public than steps taken by former US President Barack Obama, who was repeatedly blocked by congressional lawmakers from both sides of the political spectrum during his two terms.

The initiative would reportedly first see the administration transfer as many individuals as possible to foreign countries, and then work alongside lawmakers to clear the transfer of the remaining detainees to the US mainland - including individuals suspected of playing a role in the 9/11 terrorist attacks.

Officials have previously rejected attempts to transfer such detainees to the US mainland, even to supermax prisons.

At present, an estimated 19 detainees may be eligible for transfer should the review board determine they no longer present a threat to the US, the outlet reported, adding that there is a “core group” of some 12 individuals who will more than likely not be eligible.

Reports surfaced earlier this month that the Biden administration had in fact approved the release of three detainees, two of whom were from Pakistan and one of Yemen.

However, the low-profile endeavour would see the Biden administration initially hold off on creating an office within the US Department of State and naming an envoy in their bid to close the facility. The same would also be temporarily avoided at the US Department of Defense.

“They want it to be methodical, orderly," the official underscored.

The Guantanamo detention facility, which was opened in 2002 under the direction of former US President George W. Bush, housed nearly 800 detainees at the height of its usage. By the end of the Obama administration, 41 detainees remained after hundreds had been transferred to various countries.

© AP Photo / Lynne Sladky
a detainee from Afghanistan is carried on a stretcher before being interrogated by military officials at the detention facility Camp X-Ray on Guantanamo Bay U.S. Naval Base in Cuba

Under the Trump White House, an executive order directing the facility to remain open and fully functioning was signed in January 2018. Only one individual was transferred away from the camp during former US President Donald Trump’s time in office.

Asked about the alleged plans, Pentagon Press Secretary John Kirby told reporters that he was not aware of any timeline associated with the facility’s closure. He further indicated that discussions are “ongoing” between the National Security Council, and US Departments of State, Justice and Defense, among other agencies.