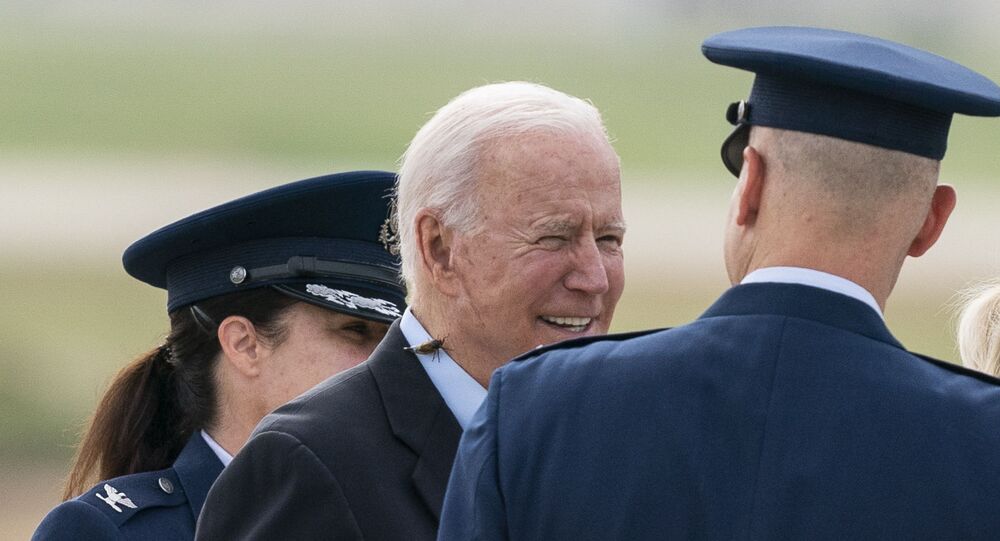 Brood X is a group of periodical cicadas that spend nearly their entire lives underground. However, depending on the type of cicada, they eventually mature either during their thirteenth or seventeenth year and emerge from the ground for mating season. While some Americans have rejoiced in the insect’s arrival, not all can say the same.

US President Joe Biden recently had a one-on-one confrontation with a pesky cicada that appeared to ram straight into the commander-in-chief’s neck as he prepared to depart on his first foreign trip.

The Wednesday incident took place when Biden was standing outside at Joint Base Andrews in Maryland, as he was chatting with a US Air Force official alongside first lady Jill Biden. Video of the all-too-common event shows the American president suddenly swiping at the offending cicada when it came in close contact with his neck.

In subsequent remarks to nearby reporters, Biden warned members of the press pool to “watch out for the cicadas,” adding that “I just got one. It got me.”

While Biden was able to literally brush off the buggy strike, the same could not truly be said for a group of White House reporters who were attempting to arrive in the UK in order to cover Biden’s first trip abroad as president.

Although the reporters were initially meant to depart from the tarmac at 9 p.m. local time on Tuesday, the flight was delayed until 11 p.m. But that wasn’t all, folks. Several more delays later, the flight ultimately didn’t take off until nearly 4 a.m. on Wednesday in the end.

The somewhat-stranded journalists were quick to offer their own take on the events on social media, with one noting that the hours-long delay had been “17 years in the making” on account of Brood X’s life cycle.

To date, estimates suggest that billions of cicadas have emerged along the US East Coast and parts of the Midwest. In fact, so many of the insects have surfaced that they’re starting to even appear on Doppler radars that are normally used to track storms.

Biden’s first presidential trip abroad will see him participate in a Group of Seven meeting in the United Kingdom, as well as appearances in Belgium for a NATO summit and Switzerland for a conference with Russian President Vladimir Putin.

'They Are Back!' People Across US East Coast, Midwest React to Invasion of 17-Year Cicadas - Videos

Billions of Cicadas Surface in US After 17 Years Underground