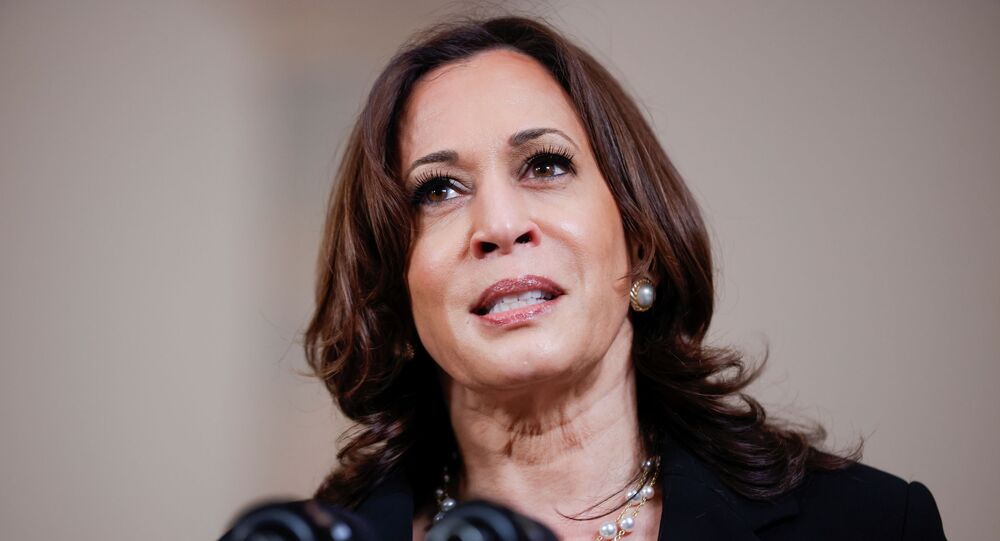 The US Vice President is now on her Latin American tour to address the problem of corruption and illegal migration. Previously, she had a difficult time with a journalist asking her whether she would be visiting the US border with Mexico.

A yet-to-be identified woman, who had claimed to be TV Reporter Maria Fernanda from Univision network, showed up at US Vice President Kamala Harris’ press conference in Mexico City and told her, before asking any question, that she'd voted for her in a fawning way. As it was revealed later, the woman turned out to have no association with the network and was not Maria Fernanda.

“For me it's an honour because I actually got to vote for the first time as a naturalised citizen. And I voted for you,” she said during the presser.

The "journalist" then asked Harris what would she say to women on both sides of the border and what she would do for them in the coming years. The US Vice President was seemingly touched by the question and thanked the woman for giving an opportunity to speak up on the matter.

Later on, President of News for Univision in the United States Daniel Coronell said in a statement that the woman has nothing to do with Univision.

​While netizens were puzzled by such a simpering approach by the self-proclaimed journalist, who seemingly tried to blandish the Vice President, Harris’ press secretary told the Daily Mail his team were looking into the incident, as questions about how the suspected imposter managed to get incredibly close to the US politician have emerged.

Harris’ first foreign trip comes amid a US border crisis, with an unprecedented number of migrants from Mexico and Guatemala having crossed into the US since President Joe Biden took office.