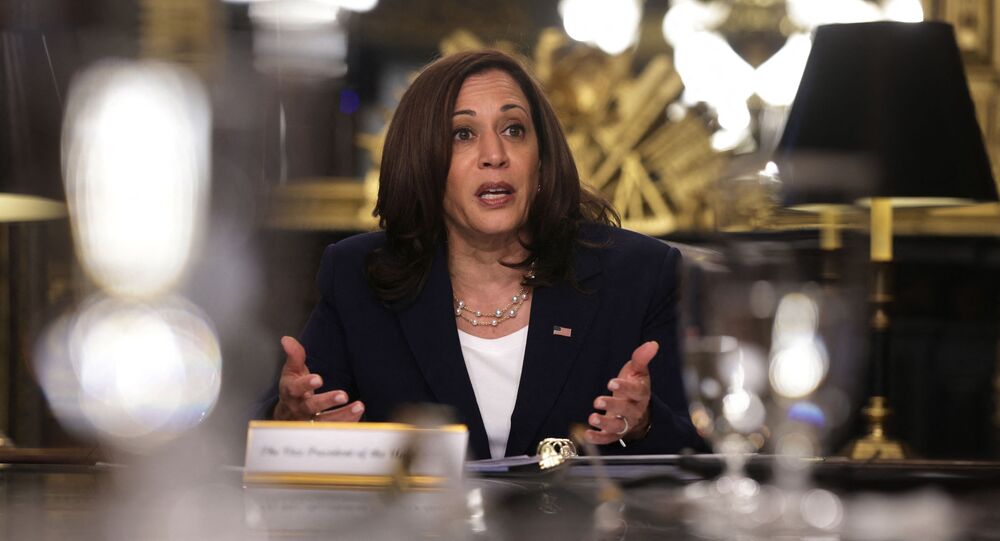 The surge in would-be migrants attempting to enter the United States illegally via the southern border with Mexico has turned into one of the Biden administration’s top challenges, with the president tapping his vice president to deal with the situation in late March.

A reporter appears to have rubbed Vice President Kamala Harris the wrong way by asking if she had any plans to visit the US-Mexico border in the near future.

“You haven’t been to the border,” Holt pressed.

“And I haven’t been to Europe, and I don’t understand the point that you’re making,” a visibly irritated Harris snapped back. “I’m not discounting the importance of the border.”

“Listen, I care about what’s happening at the border. I’m in Guatemala because my focus is dealing with the root causes of migration,” she said, after being reminded that some Democrats have now joined Republicans in criticising the Biden administration’s handling of the situation along the southern frontier.

Harris’s tense remarks aren’t the first time that senior US leaders have lashed out in apparent frustration over the border problem. Last month, US media reported that President Biden gave an anger-filled outburst while speaking to Health and Human Services Secretary Xavier Becerra over his department’s handling of the influx of migrant children.

Biden appointed Harris to serve as his "border czar" in March amid the dramatic surge in would-be immigrants from Latin America attempting to make their way into the United States.

The crisis began to take shape almost immediately after Biden stepped into office and started revoking his predecessor’s hardline immigration policies, halting the construction of Donald Trump’s border wall, promising to end “harsh and extreme immigration enforcement,” committing to “restore and expand” the US asylum system, and vowing to offer a “path to citizenship” for the estimated 11 million undocumented immigrants already living in the US.

Harris travelled to Guatemala for talks with President Alejandro Giammattei this week in her capacity as border czar, handing out cookies in her likeness on route to the country, and telling the Guatemalan leader Monday that tackling the migrant surge was a “shared priority” between the two nations. After her talks with the president, she also addressed would-be migrants by urging them not to come to the United States.

President Giammattei had previously blamed the Biden administration’s perceived more welcoming message to immigrants for the border crisis, telling US media that Biden’s talk about "reuniting families" sparked an immediate surge of human smugglers organising groups of children in his country to take them north.

© AP Photo / Jacquelyn Martin
One Kamala, Many Tasks: Biden Asks 'Border Czar' Harris to Protect US Voters
Harris has been dogged by Republicans for her alleged slow reaction to the crisis, with her visit to Guatemala coming over 70 days after she was assigned to sort out the illegal immigration surge back in March. Her failure to visit the US-Mexico border has been a particular sore point for the opposition, with GOP lawmakers and former president Donald Trump repeatedly calling her out on this point in the past two and a half months.

In a related development, the US Supreme Court appeared to have challenged President Biden’s sweeping promises of a "path to citizenship" for undocumented illegals on Monday, ruling that Jose Santos Sanchez, an El Salvador national who entered the United States illegally in 1997, was ineligible for permanent resident status due to the unlawful nature of his entry to the country.

The crisis on the US-Mexican border continues to plague border states. Customs and Border Protection recently reported a 249 percent surge in would-be entry attempts between October and April, with the vast majority of entries coming in the last four months, and some 724,984 persons, predominantly from Mexico, Honduras, Guatemala, and El Salvador encountered along the frontier, among them 519,305 single adults, as well as 64,642 unaccompanied minors.