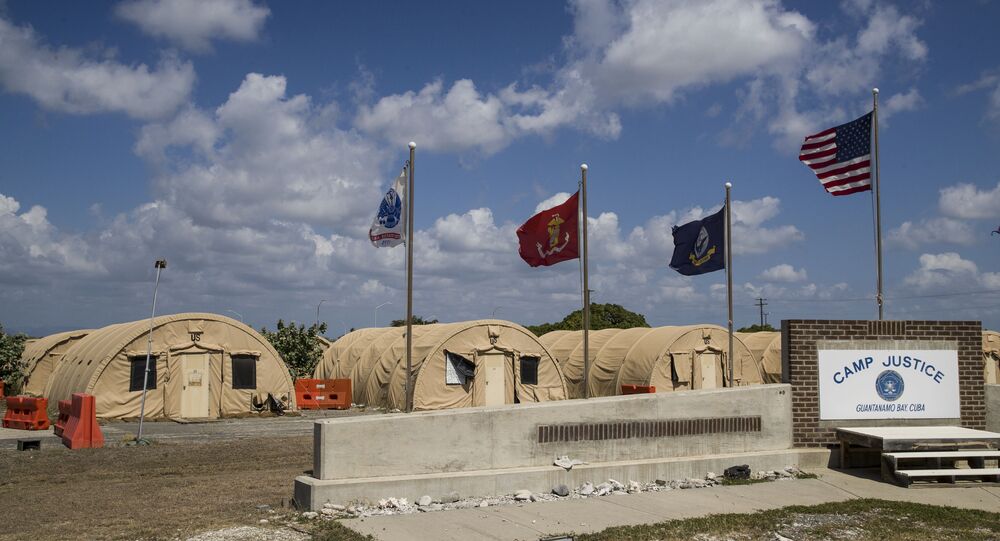 The prison, which was built to hold foreign suspects after the September 11, 2001, attacks on New York and Washington, DC, became a symbol of the US "war on terror" due to the harsh interrogation procedures – even torture – used there, although most of the detainees have never been charged.

The US administration is "actively looking" into resurrecting the role of a State Department envoy for the closing of the prison at the Guantanamo Bay military base in Cuba, Secretary of State Antony Blinken said on Monday.

"I want to make sure that the department has what it needs both in terms of resources and personnel, and including someone who can focus on this full-time to do that, so we’re actively looking into doing that, yes," Blinken said during an online hearing of the House of Representatives Foreign Affairs Committee.

In early May, in an interview with CBS' Norah O'Donnell, Blinken reiterated the Biden's administration's intention to close the Guantanamo Bay detention facility, saying that it was "certainly a goal," although he did not give a timetable for its closure.

The US Southern Command announced in early April that the once-secret Camp VII, which housed the highly classified inmates, had been shuttered and that the remaining inmates had been relocated to other prisons.

© AP Photo / Alex Brandon
Blinken Says Biden Administration to Focus on Guantanamo in 'Months Ahead'
As the Biden administration announced the formal review of the Guantanamo prison's operations future in early February, the UN warned that the administration's evaluation of the detention center must ensure that inmates who have been abused there receive reparations. The remaining 40 detainees at the detention center are now elderly people who have been subjected to physical and psychological torture, according to the UN, which also stated that Washington must ensure that such practices are never repeated and that crimes committed at the detention camp are not left unpunished.

Former President Barack Obama attempted to shut down the facility, but his immediate successor, former President Donald Trump, decided to keep it open. At the same time, Biden, who served as Obama's vice president, favors the detention center's closure.

Around 800 inmates have been incarcerated in the military prison in the United States' enclave in Cuba. Only about 40 people are left in the facility, and last month three of them were recommended for relocation to another country, although it was not clear when or where the two citizens of Pakistan and one of Yemen would be relocated, according to the New York Times' report.