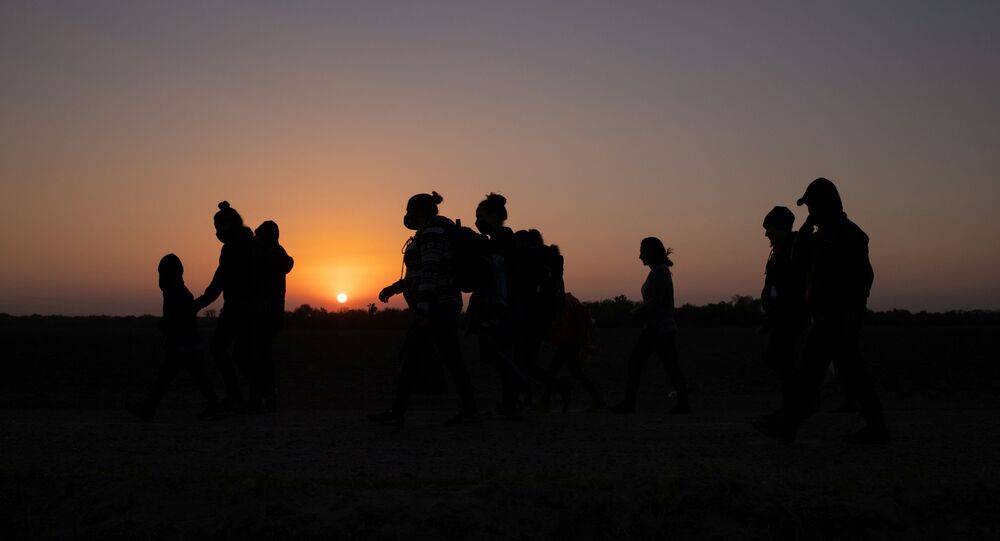 WASHINGTON (Sputnik) - Jose Santos Sanchez, an immigrant from El Salvador who entered the US illegally, is ineligible for lawful permanent resident (LPR) status due to the unlawful nature of his entry to the country, the Supreme Court ruled in a decision released on Monday.

“Section 1255 generally requires a lawful admission before a person can obtain LPR status. Sanchez was not lawfully admitted, and his TPS [Temporary Protected Status] does not alter that fact. He therefore cannot become a permanent resident of this country,” Justice Elena Kagan wrote in the court’s opinion.

© REUTERS / GO NAKAMURA
US Border Patrol Has Released More Than 60,000 Migrants Into the Country Since Biden Took Office

The immigration law under which Sanchez was trying to obtain LPR status, Section 1255, provides a way for foreign nationals lawfully present in the US on a designated, temporary basis to obtain full LPR status.

Sanchez, who unlawfully entered the US back in 1997, challenged the US Citizenship and Immigration Services decision to deny him LPR status in 2014. Sanchez cited a statutory mandate that said TPS recipients like him are considered as having “lawful status as a nonimmigrant” for purposes of applying to become an LPR.

Ultimately, the Supreme Court ruled in favour of the US government’s decision to deny Sanchez his request for LPR status, with the opinion of the court noting that while Congress has the authority to change the laws to grant immigrants like Sanchez LPR status, the current statues do not allow him it currently.