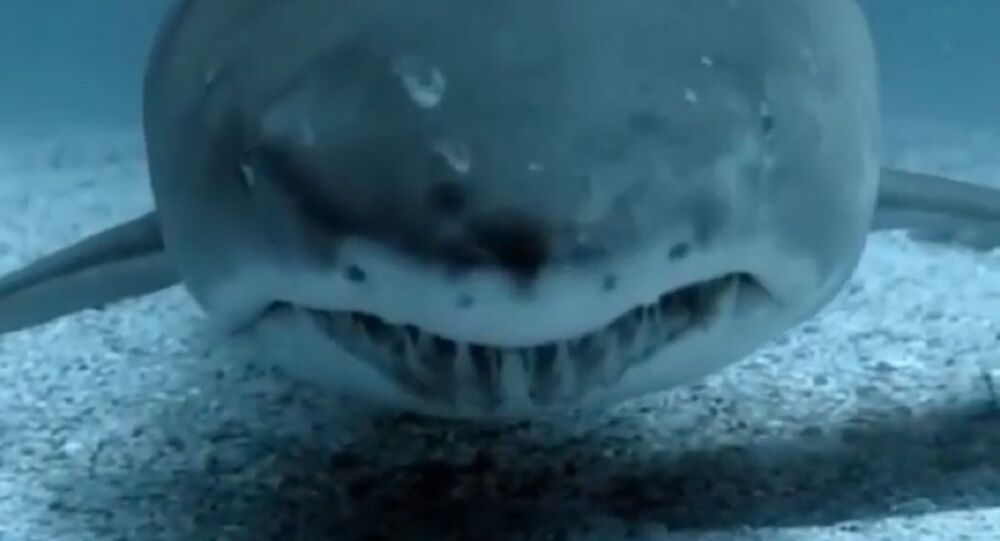 People enjoying a leisurely swim at a Florida beach over the weekend were joined by a few unwanted guests in the shallows...

Footage recently posted on social media shows beachgoers in Pensacola, Florida, getting more than they bargained for in the shallow water during Memorial Day weekend.

Jacqueline Lesso, the woman who filmed the video, was out boating with friends on 29 May when she spotted multiple hammerhead sharks gliding through the shallow water coming straight at them.

At least four sharks can be seen, their dorsal fins poking out of the water, with one swimming just inches away from a bather standing waist-deep in the water.

According to witnesses, cited by Fox10, seven hammerheads were seen in total. In the video people can be heard both shrieking and laughing.

One of the women, Lacey Faciane, described the encounter as "an awesome experience."

While hammerheads are typically pretty small compared to great whites, for example, some can reach up to 20 feet in length and weigh 1,000 pounds. A 2020 study into the eight hammerhead shark species discovered their heads may improve their manoeuvrability, helping them to catch prey.

According to the Florida Fish and Wildlife Conservation Commission (FWC), unlike the shy scalloped hammerhead shark, the great hammerhead accounts for a seventh of all unprovoked attacks on humans.