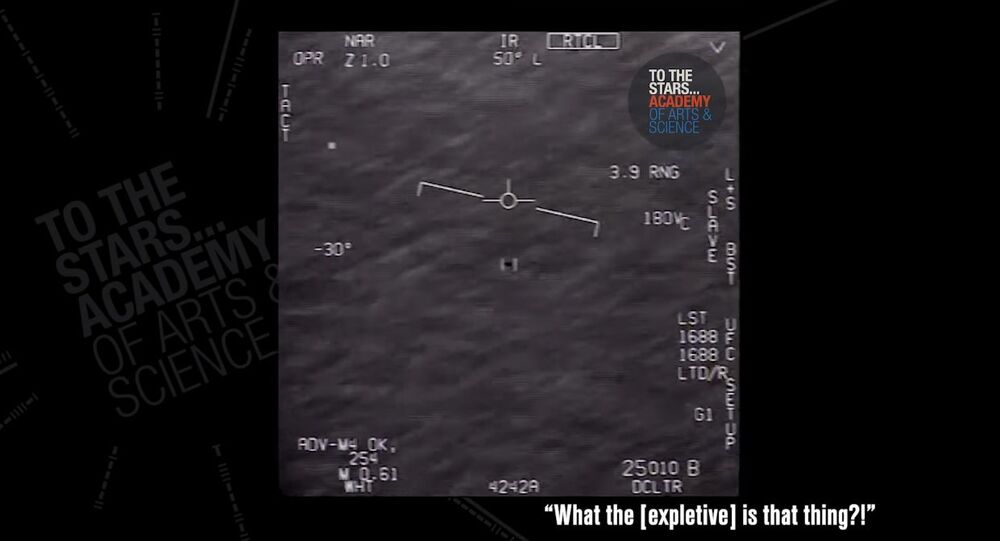 The Republican senator urged not to let the UFO "stigma" stand in the way of the country’s national security.

Republican Florida Sen. Marco Rubio said that the upcoming report on unidentified aerial phenomena the US military has been witnessing and recording on tape will not be the last step in a serious investigation into the matter.

"Men and women we have entrusted with the defence of our country are reporting encounters with unidentified aircraft with superior capabilities", Rubio told Fox News.

"We cannot allow the stigma of UFOs to keep us from seriously investigating this. The forthcoming report is one step in that process, but it will not be the last", he added.

The US military and intelligence agencies are scheduled to submit a report on UFOs to Congress in June. The report is compiled by the Unidentified Aerial Phenomena Task Force.

© Sputnik / Depositphotos / Andrew Lozovyi / Overhead view of radio host holding smartphone with blank screen while sitting at desk near microphone and laptop
UFO Sightings Could be Alien or Russian & China Hypersonic Tech Tests
The upcoming report is part of a provision in the $2.3 trillion coronavirus relief and appropriations bill that then-President Donald Trump signed last year. The stipulation called for a “detailed analysis of unidentified aerial phenomena data and intelligence” from the Office of Naval Intelligence, the Unidentified Aerial Phenomena Task Force, and the FBI.

This week, The New York Times reported, citing senior administration officials briefed on the findings of the report, that US intelligence officials had found no evidence that the aerial phenomena witnessed by Navy pilots in recent years are alien spacecraft. The intelligence agencies, however, also failed to explain the unusual movements of the objects.

Rubio also weighed in on the possibility of the objects belonging to a potential adversary of the United States.

"That would be one heck of a technological leap and a huge strategic surprise, so we have to know what this stuff is", he said.

The task force was created in mid-2020 after the US military confirmed the authenticity of some videos of UFO sightings. The Senate Intelligence Committee, with Rubio, who was the acting head of it then, tasked the Pentagon’s Office of Naval Intelligence with standardising the collection and reporting on unexplained aerial phenomena.