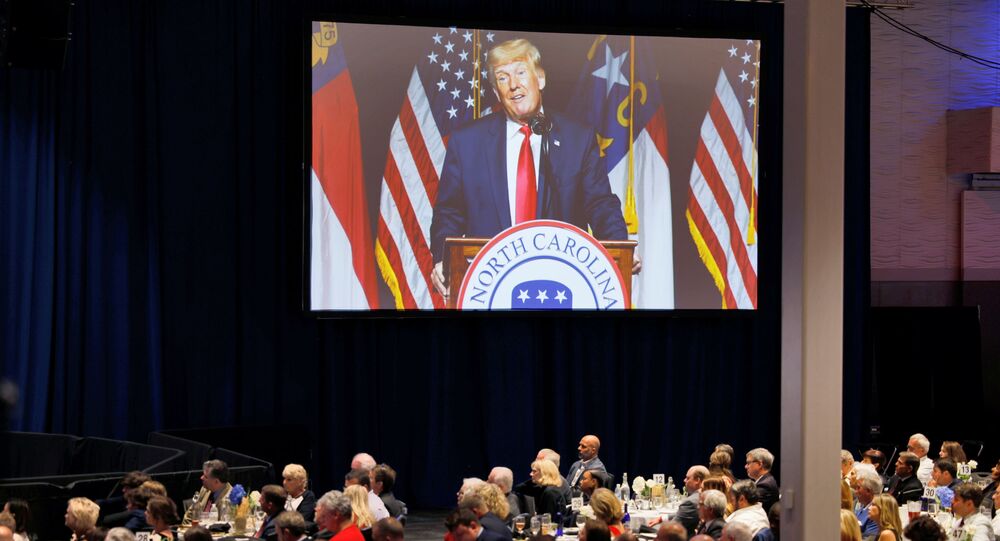 During his previous addresses, the former US president, Donald Trump, hinted that he might run again for president in 2024, also promising to support key Republican candidates during the mid-term elections next year.

Former US President Donald Trump gave his endorsement to Republican candidate from North Carolina, Congressman Ted Budd, for the US Senate race, while he was speaking at a Republican Party convention in Greenville on Saturday.

"There is somebody in this room that I think is very special; somebody that I've worked with – always been with me. A man that hasn't been pushing me at all," he told the audience, calling the candidate "your next senator."

Trump announced that he is giving the nominee from the state’s 13th Congressional District his “complete and total endorsement,” saying Budd would “fight like hell, like nobody fights.”

"Let’s get back to making America great again," Budd said, thanking the former GOP president for his support.

Trump also urged GOPs to support candidates who are loyal to him, adding, “the survival of America depends on our ability to elect Republicans at every level starting with the midterms next year.”

"I am giving him my complete and total endorsement" pic.twitter.com/DtovUpM891

During the conference, Lara Trump, ex-POTUS’ daughter-in-law, announced that she would not run for a Senate seat, dismissing an earlier rumor. She said that the decision was made because she has two young children, one and three years old.

"But I am saying no for now, not no forever," she said.

On Friday, Trump responded to a suggestion of him becoming speaker, saying that the idea is “very interesting.” Also commenting on speculation about his intention to run the in the midterm congressional elections, he said that the chances were very low.