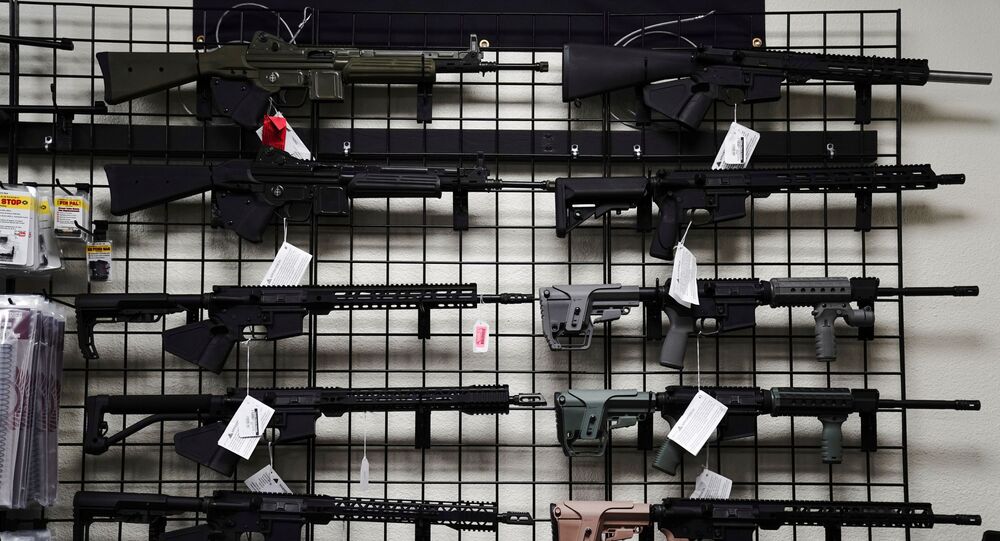 The problem of gun control in the US comes up again in a seemingly endless stream of deadly mass shootings. In March, following the killing of 10 people in Boulder, Colorado, US President Joe Biden urged Congress to push for restrictions on assault weapons.

A California court on Friday overturned the state's 32-year ban on assault weapons, sparking anger among officials and gun safety activists, according to the Associated Press.

US District Judge Roger Benitez of San Diego called previous gun restrictions on assault weapons "unconstitutional" as citizens were using them in lawfully.

“Like the Swiss Army knife, the popular AR-15 rifle is a perfect combination of home defense weapon and homeland defense equipment. Good for both home and battle,” the judge said, introducing his ruling on the case.

Benitez stated that “the banned ‘assault weapons’ are not bazookas, howitzers, or machine guns” which are “dangerous and solely useful for military purposes,” while assault weapons are “fairly ordinary, popular, modern.” According to the court, there are 185,569 assault weapons registered in California alone, acquired or inherited before the restriction was introduced in 1989.

“In California, murder by knife occurs seven times more often than murder by rifle," the judge said, claiming that the overturned ban had not “prevented mass shootings or attacks on law enforcement officers.”

The judge granted a 30 day leave to appeal following a request from California Attorney General Rob Bonta, who called the ruling “fundamentally flawed.”

State Governor Gavin Newsom criticized the ruling, stating that it was a “direct threat to public safety and the lives of innocent Californians." He also slammed the pocket knife comparison, saying it “is a slap in the face to the families who've lost loved ones to this weapon.”

The ruling, which came on National Gun Violence Awareness Day, has been denounced by gun control advocacy groups, who note that it is “especially insulting”, as mass shootings in which the AR-15 or any of its hundreds of variants are often used, are happening across the US. Close to 40,000 Americans are killed by guns annually, according to US government statistics.

"My daughter is in a cemetery because a Swiss Army Knife was not used, because it was an AR-15. If a Swiss Army Knife were used, my daughter and most of those other kids and adults would be alive today," stated activist Fred Guttenberg, whose daughter was killed in the Stoneman Douglas High School shooting in 2018, speaking to CNN.

The lawsuit was initially filed in 2019 by a several gun owner lobbying groups, including the San Diego County Gun Owners Political Action Committee, the California Gun Rights Foundation, the Second Amendment Foundation and the Firearms Policy Coalition (FPC). The consortium of gun lobbyists note that semi-automatic rifles, considered 'assault-type', are legal in 41 US states.

"In his order today, Judge Benitez held what millions of Americans already know to be true: Bans on so-called 'assault weapons' are unconstitutional and cannot stand," said the FPC president, Brandon Combs.

Mass shootings engulf the country regularly and more have occurred only recently, with the latest on 26 May in San Jose, California, killing nine. Eight people died in April in Indianapolis, Indiana, after an unidentified man opened fire at a FedEx facility. These incidents follow other recent mass shootings in Colorado and Atlanta, Georgia.