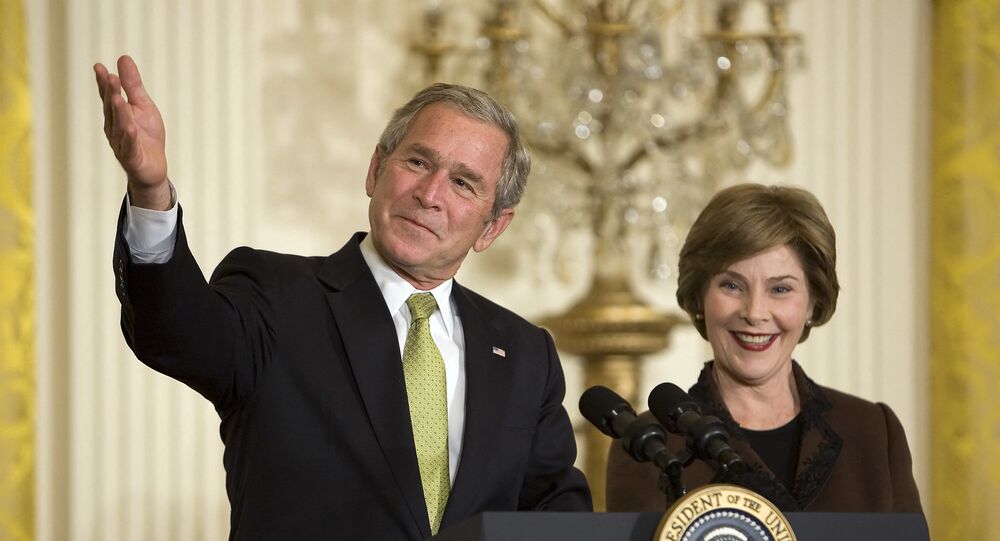 MOSCOW (Sputnik) - A Chinese policy group with links to Beijing signed a $5 million deal with the George H.W. Bush Foundation for US-China Relations for it to promote a "mutually beneficial" relationship between their countries from 2019-2023, Axios reported on Saturday, citing a written agreement.

The agreement is dated 19 September 2019, and signed both by the Bush China Foundation and the China-United States Exchange Foundation (CUSEF).

"The CUSEF commits to a five-year grant in the sum of $5 million USD, disbursed in equal installments of $1 million each year", the deal read.

The Bush China Foundation, in turn, committed to using the funds to advocate for "a bilateral relationship that is functional, constructive, commercially robust, mutually beneficial and politically sustainable".

The agreement has a clause on editorial independence where it stresses that there will be no "principal/agent" relationship between the two parties. According to Axios, however, CUSEF has close ties to the Chinese government and a reputation as a mouthpiece of Beijing's political interests.

The Hong Kong-based group reportedly paid for opinion-shaping campaigns in the US on China's policies for Tibet, as one example.

Spokesperson Leslie Reagan told Axios that the grant had no impact on the Bush China Foundation's policy work and pointed to the many instances when the nonprofit criticised the Chinese government.

However, the report recalled several other high-profile political issues where the Bush foundation sided with Beijing's line, such as blaming the 2019 protests in Hong Kong on foreign influence and challenging the veracity of complaints about human rights abuses in China.