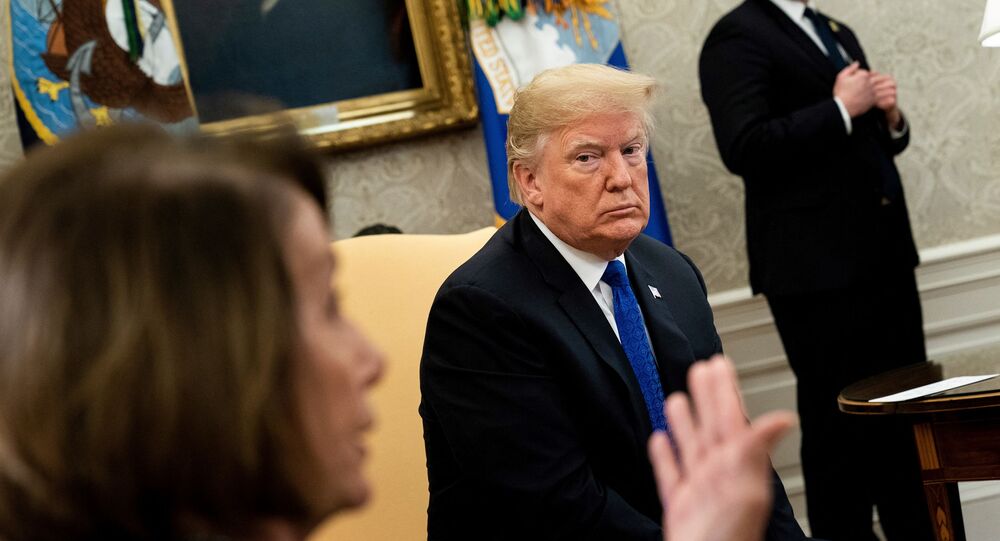 Currently, the position of US Speaker of the House - the third in line to the presidency - is held by Democrat Nancy Pelosi, who was re-elected for her fourth term in January 2021. This term is expected by some observers to be her last.

Former US President Donald Trump on Friday hinted that he might consider a run for the position of House Speaker in 2022, saying that the idea is "interesting" while speaking to conservative radio host Wayne Allyn Root.

The idea of Trump pursuing the speakership was floated by his former adviser, Steve Bannon, in February - a proposition that Root again brought up to the ex-president during the radio show.

Since losing the presidential election to Joe Biden, Trump has been rolling out vague statements regarding a political future. He's hinted several times that he might run again for president in 2024, with the latest remark coming soon after Facebook extended his ban on the social media platform for at least two more years.

"Next time I'm in the White House there will be no more dinners, at his request, with Mark Zuckerberg and his wife. It will all be business!", Trump declared, without specifying when and how he expects his "next time" to take place.

Now that he might be considering the speakership, the former president will have to make up his mind about the district in which he would run. If he goes for the position of House Speaker, he might become a challenger to Democrat Nancy Pelosi, who was re-elected as Speaker in January 2021.

Some observers believe that Pelosi's fourth term as House Speaker might be her last, recalling a deal she made in 2018 with the progressives to not seek more than four more years as Speaker.