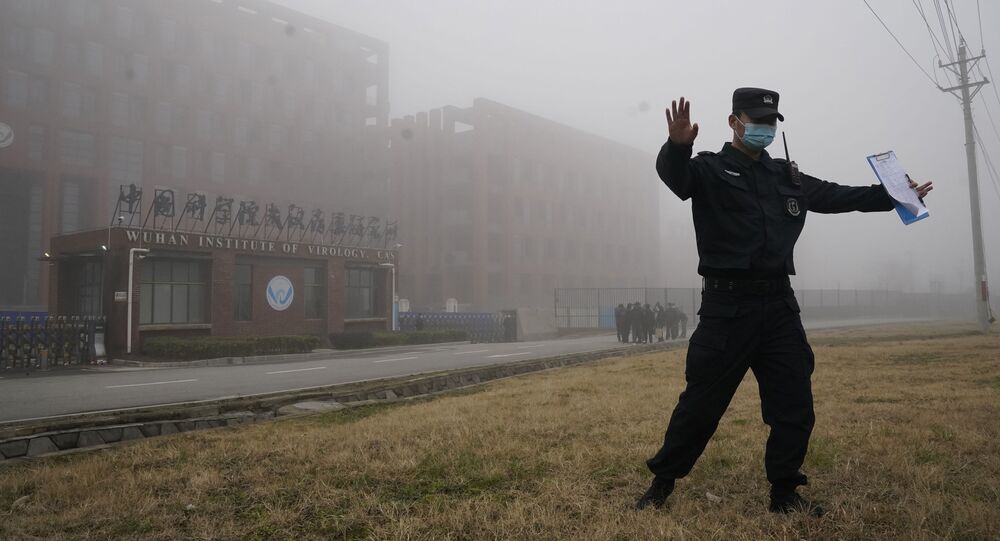 Earlier in the week, reports emerged suggesting that US State Department leaders were warned against pursuing an investigation into the origins of COVID-19 to determine whether the coronavirus was a result of natural contact between humans and animals, or a laboratory leak.

Back in January, the US State Department appeared to face a lack of trust and interagency infighting over speculation that the Covid-19 coronavirus was created in a Chinese laboratory, Fox News reported, citing emails by two former top department officials.

According to the emails, Ford pushed back on the "lab leak" claims, demanding through arguments to support the assertions. Earlier evidence he received regarding the lab leak the theory he had previously dubbed "not-exactly-confidence-inspiring".

"As to making assertions beyond asking tough questions, however – and especially with insinuating or actually alleging sinister BW [bioweapon] work or the probability of laboratory origin – we need to make sure what we say is solid and passes muster from real experts before we risk embarrassing and discrediting ourselves in public," Ford said in an email to DiNanno and David Asher, the contractor who established the COVID investigative panel.

DiNanno responded with a request for clarifications, saying that they had already presented their arguments.

"I’d like to know what in those slides they find objectionable or where clarification is required and we’ll happily clarify, source and amend as necessary", he reportedly said.

Ford wrote back that the "burden of proof" would be on the Bureau of Arms Control, Verification and Compliance (AVC), and urged adherents to be especially responsible with their claims.

"[...] Particularly since the entire IC [intelligence community], even after having reissued its analysis after months of accumulating additional information, still has a completely different position on the facts. [...] Your bureau needs to shoulder that burden, or stand down. Please stop playing games and ducking responsibility", he wrote. "It is discreditable."

Ford, however, outlined that he was "all for demanding more transparency" from Beijing and "delighted to press their feet to the fire for the honesty and clarity they’ve so far refused to provide."

Asher later told Fox News that Ford's claims of being against the involvement of intelligence analysts was "total nonsense."

"He [Ford] said even if we came to it, how do we know where it came out of, what lab? I very rarely in my life in government have ever encountered someone who is more of a neg-acrat, less a bureaucrat than that individual is," he said, elaborating on how he saw Ford as "disinterested". "I rarely say that I encountered disgraceful behavior in government, but I did actually on this occasion."

The emails surfaced shortly after the emergence of reports that the State Department's investigation into the coronavirus origins was stonewalled, particularly by Ford and his team. According to those reportedly opposing the probe, it would open a "can of worms", specifically drawing "unwelcome attention" to the fact that the US government had funded so-called 'gain of function' research at the Wuhan Institute of Virology. This kind of research is conducted to learn how to make pathogens more infectious.

The State Department, however, dismissed these claims, with the a spokesperson telling Fox News that the disclosure of "accurate, properly contextualized information" has never been suppressed.

Opponents clash over how a 2020 virus that plunged the entire world into a devastating pandemic emerged. Was it from the natural contact between humans with animals, or is the COVID disease the result of a laboratory leak?

Proponents in the latter camp pointed at China's Wuhan Institute of Virology, particularly addressing reports that several employees of the institute became extremely ill prior to the beginning of the outbreak - claims that Beijing has repeatedly dismissed.

"The Wuhan Institute of Virology stated on 23 March this year that the institute had not faced COVID-19 until 30 December 2019. As of today, no employee of the institute has contracted the coronavirus infection", a Chinese Foreign Ministry spokesperson told reporters on Friday.

The US intelligence community, according to US President Joe Biden, remains divided over the origins of the coronavirus disease. Within 90 days, Biden has pledged to release a thorough intel report of the probe into how COVID emerged in the world.