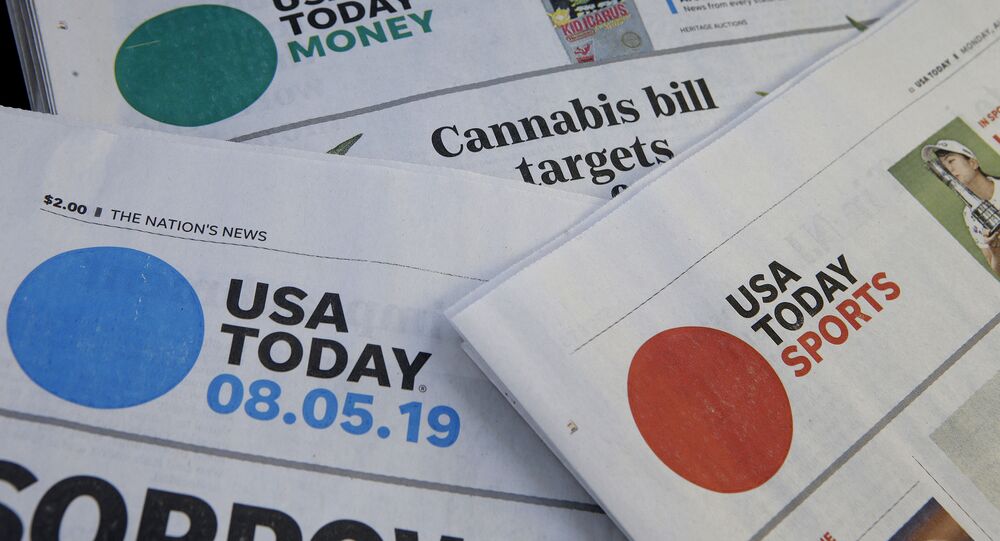 The USA Today article at the center of an FBI subpoena issued against publisher Gannett detailed the events that occurred when two agents with the bureau were killed in Florida in early February while serving a search warrant. The pair of FBI officials had been investigating a child exploitation case.

Newly surfaced court documents have revealed that the FBI recently filed a subpoena against publishing company Gannett in order to obtain information that would help identify readers who accessed a February story released by USA Today on the death of two of the bureau’s agents.

Gannett, which is one of the largest US publishers of news media, owns the USA Today network, as well as multiple outlets including The Arizona Republic, IndyStar, Cape Cod Times and the Milwaukee Journal Sentinel.

Although the subpoena was initially served in late April, the legal battle only became public on Thursday after Gannett filed a motion on May 28 to kill the agency’s subpoena efforts. The case, which has been assigned to Judge James Boasberg, was effectively made public by the US District Court in Washington.

The subpoena does not specifically ask for the names of the readers, however, it does demand the IP addresses and cellphone information of individuals who clicked on the USA Today article during a 35-minute window after the story was published. The timestamps that the FBI specified ranged between 8:03 p.m. and 8:38 p.m.

The article, published on February 2 at approximately 9:29 a.m. E.T., is titled “FBI identifies 2 agents killed in Florida while serving warrant in crimes against children case.” The February piece detailed that in addition to the fatalities, three others had been wounded during the early morning shooting, and that officials were investigating whether the deceased suspect had a rigged camera system.

It’s presently unclear whether the news outlet has stored such identifying information on its readers.

Authorities have also not provided additional insight regarding the specifics of the requested information, only noting in the subpoena that the particulars are tied to a “federal criminal investigation being conducted by the FBI.”

Legal representatives for the Gannett company argued in their late May motion that the FBI subpoena violates both the First Amendment rights of the publisher and the reader, and that the bureau completely disregarded the US Department of Justice’s policy on obtaining information from the media.

“The FBI did not communicate with Gannett, as the Department of Justice regulations require, in advance of sending the subpoena. In fact, the FBI faxed the subpoena to an office that has been closed during the COVID-19 pandemic,” the motion reads.

“A government demand for records that would identify specific individuals who read specific expressive materials ... invades the First Amendment rights of both the publisher and reader, and must be quashed accordingly.”

News of the subpoena has emerged as the Justice Department has itself come under criticism for secretly obtaining the phone records of reporters with The New York Times during the Trump administration. Similar revelations have surfaced with journalists associated with The Washington Post and CNN.