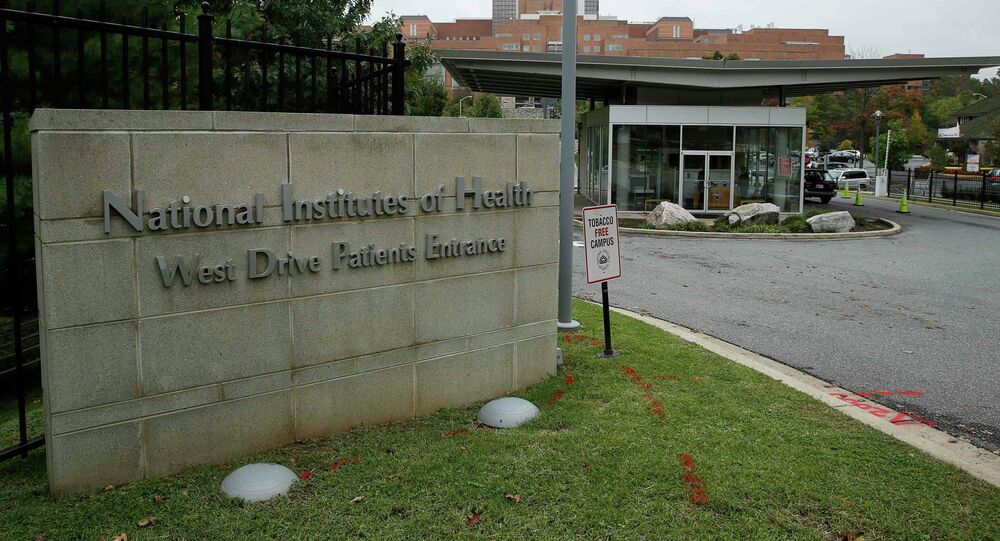 Allegations that directed-energy attacks have been carried out against US employees stationed overseas date back to 2016, following complaints of unexplained headaches, nausea, ear-popping, vertigo, and possibly brain injuries among US government officials at the embassy in Cuba. The occurrences were dubbed 'Havana Syndrome'.

US officials posted overseas who reported symptoms of so-called 'directed-energy attacks' are now being referred to the National Institutes of Health, Politico reported, citing a cable it obtained.

Earlier, a group of US diplomats and other government employees suffering from Havana Syndrome symptoms said in a letter to a deputy secretary of state that the afflicted individuals are still being denied medical care. The group reportedly consisted of 21 US government employees and their spouses who were allegedly harmed while working overseas, notably in Cuba and in China, and are suspected to be or proven as Havana Syndrome cases.

The US State Department reportedly stated in response that it had received the letter and expected to discuss the contents with interested parties, as the department has "no higher priority than the safety and security of US personnel, their families, and other US citizens."

Again, Russia Is to Blame

The report said that officials did not have hard evidence to connect the Russian military intelligence service, also known as the GRU, to the alleged directed-energy incidents and that the intelligence community has yet to make a decision on the matter.

The outlet reported that officials who investigate the matter said the probe had been expanded to cover all 18 US federal intelligence agencies and that it is based on the possible involvement of the GRU.

In April, the Pentagon reportedly confirmed that it was looking into possible Russian involvement in the alleged attacks, but did not provide evidence that could lead to the allegations.

US media reports have been alleging that directed-energy incidents have taken place all over the world, including across Europe and even in the United States, specifically in Miami, Florida, northern Virginia, and in an area close to the White House. Media also previously reported that there were several accusations against Russia of organizing alleged attacks. The Russian Foreign Ministry refuted the accusations, calling them "totally absurd."

Washington's allegations of directed-energy attacks date back to 2016. The accusations came after reports that staff at the US embassy in Cuba were mysteriously falling ill; suffering from headaches, nausea, ear-popping, vertigo, and brain injuries. Some of the attacks were reportedly accompanied by a "piercing directional noise."

A later Cuban investigation discovered that the noises may have been related to staffers hearing the mating call of the male Indies short-tailed cricket, which is known to be very loud.

In the years since this incident, however, Washington started reporting similar symptoms allegedly experienced by staff in diplomatic missions in Guangzhou, China, and Tashkent, Uzbekistan. In April, CNN reported, citing anonymous sources, that US federal agents were investigating two possible similar "attacks", including one near the White House.