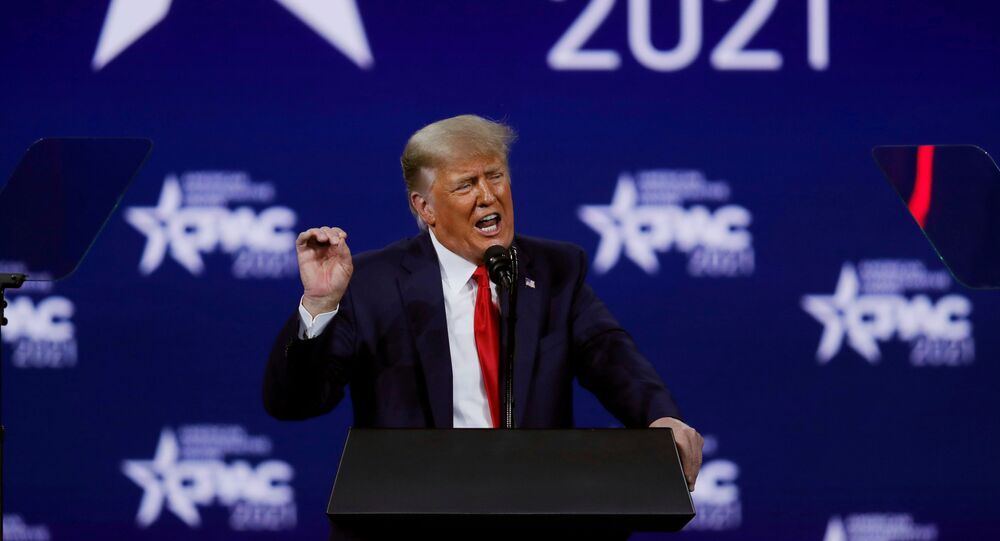 The most recent Conservative Political Action Conference (CPAC) took place in February and gained attention by marking the first public appearance of ex-POTUS Donald Trump since leaving office. In his speech, he decried the current administration’s steps amid what he characterized as a worsening migration crisis and a rising climate change agenda.

Former US Republican President Donald Trump will address another Conservative Political Action Conference, that will be held from 9 to 11 July in Dallas, Fox News reported on Thursday.

Trump remains a notable figure among conservatives in the US and a possible presidential candidate from Republican Party for the next election.

"CPAC’s theme for 2021 is America UnCanceled," American Conservative Union chairman Matt Schlapp said in a statement about Trump speaking at the rally. "We’re honored that he’ll join us in Dallas and remind us that freedom means never being silenced."

He also criticized what we described as a “corrupt alliance of Jim-Crow-shouting elected officials dead-set on cutting out voter ID, Silicon Valley censorship czars, woke school boards and corporate CEOs, and a legacy media operation on life support are working together to silence and cancel the voices and votes of conservatives."

During Trump’s last CPAC speech in February, he blasted Biden’s response to a large-scale immigration crisis and an actively-promoted White House climate change agenda which includes a moratorium on new oil field drilling and extraction in Alaska, as well as the possible US return to the Paris Climate Agreement.

Trump also suggested that he could make a 2024 presidential bid, hinting that he could "beat them for the third time", while sharing plans that he would be active in the upcoming 2022 primaries.