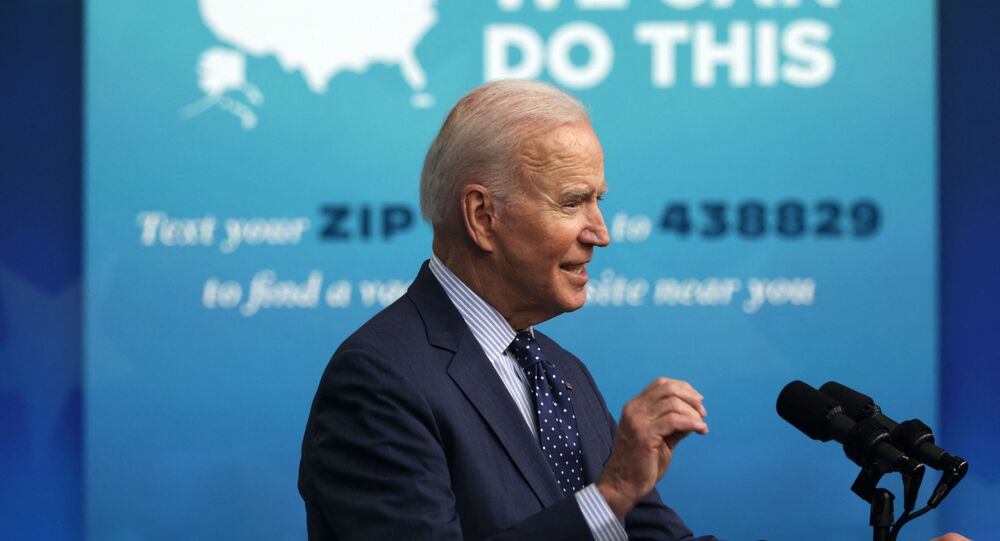 Back in November 2020, the former US president, Donald Trump, signed an executive order prohibiting American firms from investing in companies that the White House believes are connected with the Chinese military.

US President Joe Biden is expected to amend Trump's order targeting US investment in companies alleged to be tied to the Chinese military, according to a Wednesday Bloomberg report.

Bloomberg also reported, citing sources said to be familiar with the matter, that later in the week Biden will sign an executive order that envisages the Treasury Department to create a list of companies that could potentially face financial penalties for connections with the Chinese military.

This will change the policy introduced by Trump, under which it was the job of the Defense Department to track potential violations of the ban.

The criteria for blacklisting companies will also reportedly change, also capturing entities that operate in the defense or surveillance technology sectors, while the Trump-era order targeted firms that were believed to be affiliated with the Chinese military.

The Biden Cabinet will reportedly keep the majority of the already-blacklisted companies on the list, while adding new entities under the amended order, Bloomberg reported, citing an unnamed person said to be familiar with the plan. The Treasury Department is also expected to consult with the State Department and Pentagon when compiling the list.

By shifting responsibility to the Treasury, the Biden team aims to solidify legal standing for the penalties, one of the people familiar with the plans said, according to Bloomberg.

The amendment of the Trump order, introduced in November 2020, will also come as US lawmakers call for a tougher stance against Beijing. Earlier in the week, a bipartisan group of lawmakers reportedly wrote a letter to Defense Secretary Lloyd Austin, calling to release a new list of the entities believed to be affiliated with the Chinese military, which was due on 15 April.

“The US government must continue to act boldly in blocking the Chinese Communist Party’s economic predation against our industrial base,” the lawmakers, among them GOP Senator Marco Rubio, Democratic Senator Mark Kelly and Representative Liz Cheney, wrote in the letter, cited by Bloomberg. “We must not allow China to erode America’s military primacy.”

US Raises Concerns Over Chinese Military Presence at Cambodia Naval Base