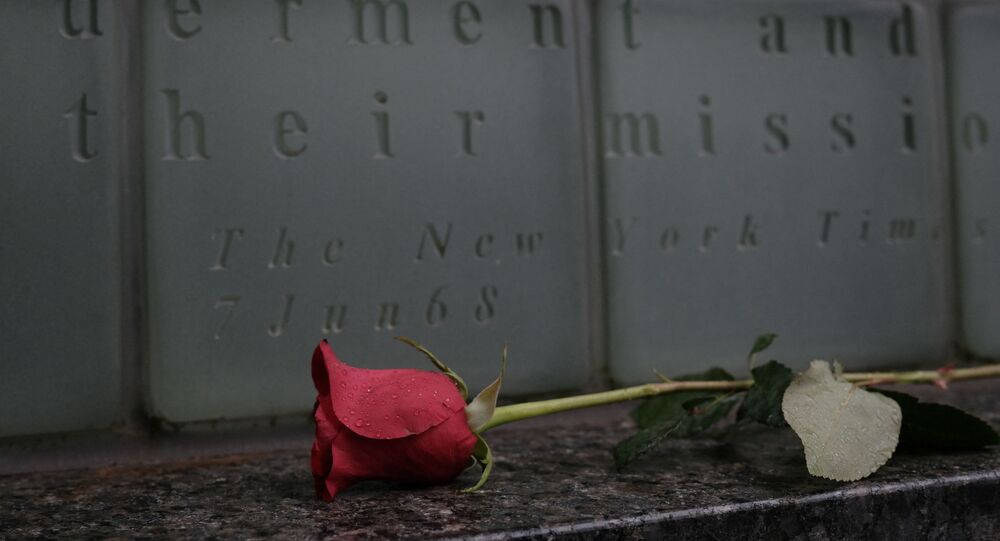 The Queens Vietnam Veterans Memorial is located at Elmhurst Park in Elmhurst, Queens, New York City, honouring the veterans of the 1955–1975 US war in Vietnam.

New York City Councilman Robert Holden on Wednesday tweeted pictures showing the desecration, offering a $1,000 reward for any information that could lead to the arrest and prosecution of those behind the vandalism.

"I am deeply disgusted by this cowardly act of vandalism at the Queens Vietnam Veterans Memorial", he tweeted.

The pictures show lines "God sucks d**k", "baby killers", and "fallen solvs" sprayed on the memorial, along with swastikas and other Nazi symbols visible on the stone.

I am deeply disgusted by this cowardly act of vandalism at the Queens Vietnam Veterans Memorial.
I am working @NYPD110Pct to make sure the perpetrator is brought to justice. I offer a $1,000 reward for information leading to the arrest and conviction of the sick soul who did it. pic.twitter.com/tKlcKzNsz8

​Among those voicing their disapproval was New York Governor Andrew Cuomo, who tweeted a statement on the vandalism, saying that the deed is "antithetical to the moral fiber of our state & our country". He also said that he had ordered New York State Police to assist in investigating the incident.

"These names are an eternal monument to the ideals that unite us as New Yorkers and as Americans, values that are worth fighting and dying for. That's why the Memorial's desecration with graffiti and hateful symbols, coming just two days after Memorial Day, isn't just offensive to the memories of these soldiers and to their loved ones -- it's antithetical to the moral fiber of our state and our country, and it's an insult to all those who stepped up in service of it", Cuomo stated.

I am disgusted by the vandalism of the Queens Vietnam Veterans Memorial.

This abhorrent act is antithetical to the moral fiber of our state & our country. I have directed the @nyspolice to assist in the investigation. pic.twitter.com/qsBUMMVcXc

​The memorial, located at Elmhurst Park in Elmhurst, Queens, was dedicated in 2019.