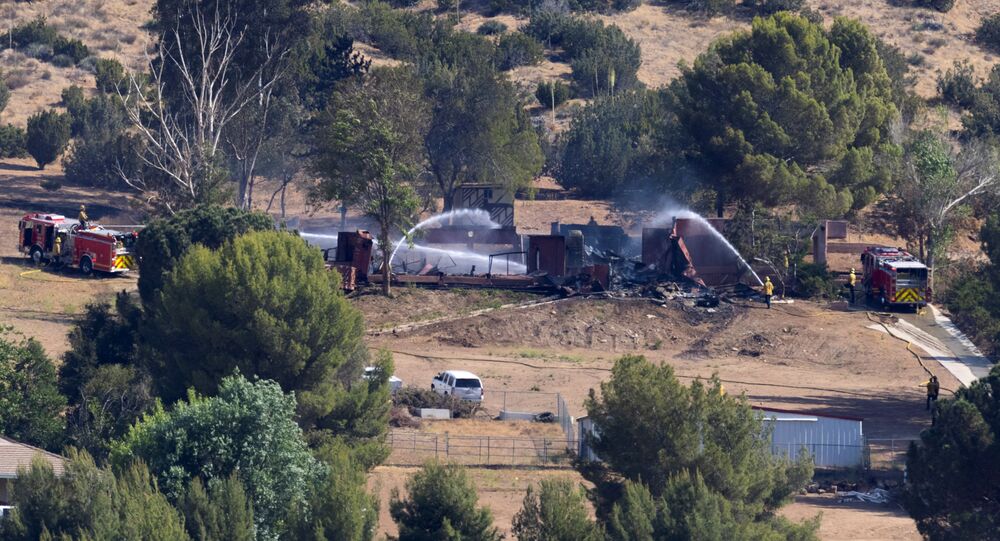 US Authorities Seeking Answers After Firefighter Kills Colleague, Wounds Another in Murder-Suicide

California's Los Angeles County Fire Department confirmed on Tuesday that one firefighter was killed, and a fire chief was left injured after a gunman opened fire on the station in Agua Dulce, California. This comes days after a Santa Clara Valley Transportation employee murdered nine co-workers before taking his own life in San Jose, California.

The coroner's office in Los Angeles has identified the murder victim as Tory Carlon, a 44-year-old firefighter specialist with three daughters and more than two decades of service to the department.

After carrying out the attack around 10:50 a.m. local time, the alleged gunman is said to have fled to his house, which soon became engulfed in flames. Authorities later found the 57-year-old dead in an empty pool, with a presumably self-inflicted gunshot wound.

Early reports have linked the shooting to Jonathan Tatone, owner of the now-charred property in Acton, California.

Los Angeles County Fire Chief Daryl Osby revealed on Tuesday that the alleged gunman "was not scheduled to work" on June 1, but "came back and confronted the on-duty personnel" at the fire station in Agua Dulce.

As authorities continue to investigate, members of the immediate Los Angeles community have banded together. According to the Associated Press, hundreds attended a Tuesday night vigil in remembrance of Carlon.

Like the recent mass shooting in San Jose, officers did not exchange fire with the alleged gunman, as the suspect fled the scene, and took his own life before cops could engage.

As of this article's publication, authorities have not identified a possible motive.

Sources "with knowledge of the situation" told the Los Angeles Times that there was an ongoing dispute between Carlon and the alleged gunman. Furthermore, Carlon and the suspect reportedly lived in the same area.