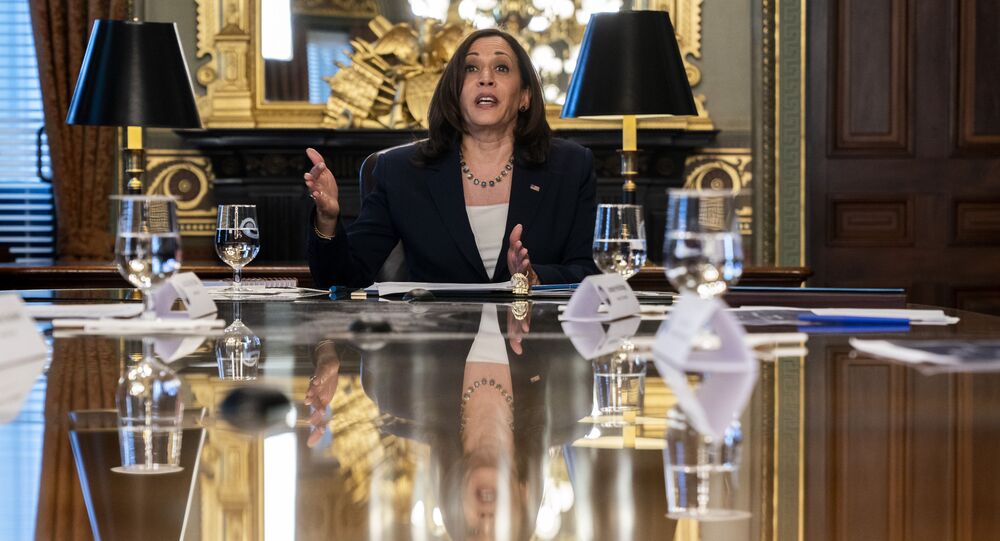 On 24 March, Joe Biden tasked his vice president with leading the administration’s efforts in battling the migration crisis on the US-Mexico border. Two months have passed and Harris is yet to visit the southern border, nor the Central American countries at the centre of the unprecedented influx.

US Vice President Kamala Harris already has a lot on her plate but this isn't stopping her boss Joe Biden throwing new tasks at her.

On Tuesday, the president asked his former running mate “to lead” efforts on protecting US voting rights as numerous Republican-dominated states have been pushing for election reform measures that Democrats argue are “suppressive” to voters, particularly from minority backgrounds.

As such, various reform bills requiring voters to provide identification when voting by mail to stop ballot harvesting and mass mailing of ballots have already been signed into law in Georgia, Iowa, Florida, and other states.

But the Biden administration says it has to protect the country from these attempts to tighten election laws.

“Today, I’m asking Vice President Harris to help these efforts, and lead them, among her many other responsibilities,” Biden said during his Tuesday address in Tulsa.

“​With her leadership, and your support, we’re gonna overcome again, I promise you. But it’s gonna take a hell of a lot of work,” the president added.

In a statement Harris said that the Biden administration “will not stand by when confronted with any effort that keeps Americans from voting.”

According to the vice president, since the November presidential election “more than 380 bills have been introduced across the country that would make it harder for Americans to vote.”

“These bills seek to restrict the options that make voting more convenient and accessible, including early voting and vote by mail,” she said.

However, Florida Governor Ron DeSantis – who has already approved the sweeping election law – claims that he is in fact the one who has been safeguarding the “sanctity” of the election process amid fraud concerns.

Kamala and Her Many Roles

It’s not clear if Harris will find much time to deal with her new task. The vice president has already been asked by Biden to lead the White House’s outreach to small businesses and deal with mass migration to the US from Northern Triangle countries. But “border czar” Kamala has been heavily criticised for failing to visit the US southern border to check up on the crisis herself. The administration has rushed to clarify that she is only tasked with addressing the “root causes” of migration, and not the “border” situation per se. The vice president is expected to visit Mexico and Guatemala next week, two months after her high-profile foreign policy appointment.

Harris has “already received one assignment which she didn’t perform particularly well – when was put in charge of the migrant crisis at the border. There's essentially been no progress made in that area. In fact, she hasn't even visited the border,” Matthew Wilson, a political science professor at the Southern Methodist University, told Sputnik.

“I don't know that it undermines any potential future ambitions that she might have, but it does highlight the fact that she was particularly ineffectual at the first task to which she was assigned.”