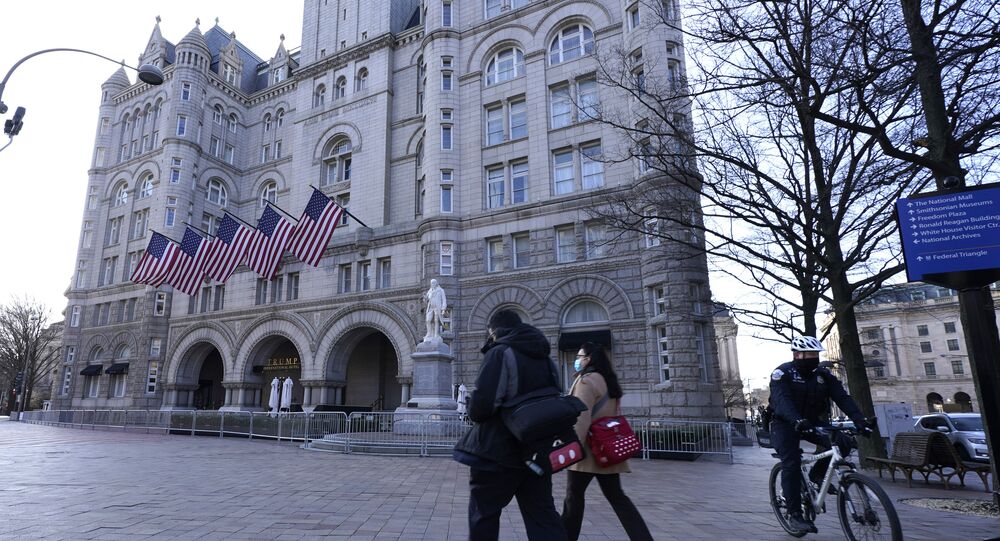 The former US president is reportedly facing $1.1 billion of debt as his businesses continue to be battered by the COVID-19 pandemic.

The Trump Organisation has recently hired the Newmark Group brokerage firm to sell the lease to its Pennsylvania Avenue Hotel in Washington, DC, the Washington Post reports, citing sources familiar with the situation. This is at least the second attempt of Trump’s company to dump the property.

In the fall of 2019, the Trump Organisation put the hotel on the market but when the pandemic hit luxury travel and revenues tanked by more than 60 percent and the listing was pulled. By that time, the 263-room hotel, leased from General Services Administration, was struggling at 50 percent capacity, according to the Post.

The sale bid follows an announcement in May that Trump's finances are being investigated by Manhattan prosecutors, however, it's still unclear if the hotel will be a factor in the probe.

Earlier in 2020, Manhattan District Attorney Cy Vance filed court papers indicating that the legal battle to obtain Trump’s financial documents was tied to an inquiry into hush-money payments his then-attorney Michael Cohen purportedly gave to suppress the allegations of two women. They claimed they had affairs with Trump before the 2016 election.