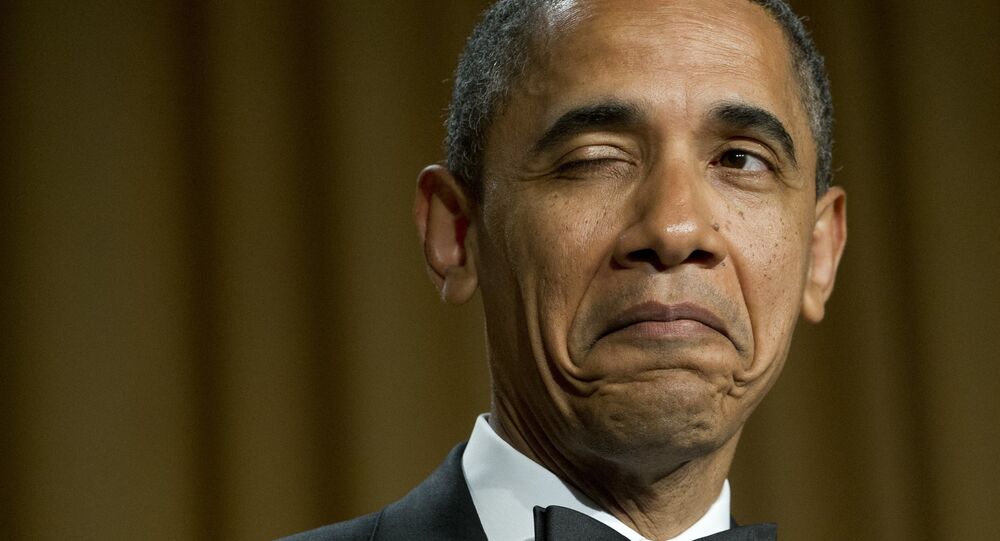 ‘A Lot More Money on Weapons Systems’: Obama Talks About Scenario in Which Aliens Are Real

Earlier, US ex-president Barack Obama confirmed that the US military was observing unidentified flying objects (UFO). According to him, the archives contain shots of celestial objects, the origin of which can’t be explained.

Former US president Barack Obama said that a possible “undeniable proof” of existence of aliens would not change his politics. During an interview on The Ezra Klein Show on Monday, he was asked whether this knowledge would change his “theory about where humanity should be going”.

“It wouldn’t change my politics at all. Because my entire politics is premised on the fact that we are these tiny organisms on this little speck floating in the middle of space,” he said.

Obama also said that he earlier used to cheer up his staff during “tough political times” by telling them a statistic from his science adviser John Holdren, “which was that there are more stars in the known universe than there are grains of sand on the planet Earth”.

He stressed that his “politics has always been premised on the notion that the differences we have on this planet are real.” If it became known that aliens existed, Obama assumed, people would realise “that what we have in common is a little more important”.

“But no doubt there would be immediate arguments about like, well, we need to spend a lot more money on weapons systems to defend ourselves. New religions would pop up. And who knows what kind of arguments we get into. We’re good at manufacturing arguments for each other,” he said.

Earlier this month, Obama revealed, speaking on CBS’s 60 Minutes, that the US military had “footage and records of objects in the skies” with an unknown natural trajectory. However, he rejected allegations that the government keeps “alien specimens and spacecraft" in a secret laboratory.

Speculations over UFOs have been fuelled by former US military representatives, who claimed that aerial phenomena are actually real and the Pentagon has vowed to release more documents on the subject. A retired US Navy Chief Master-at-Arms, Sean Cahil, told CNN's Chris Cuomo on 18 May that the footage of a UFO, released earlier, is real. He claimed that the technology “was something we would not have been able to defend our forces against at the time” as it “outstrips our arsenal by at least 100 to 1000 years at the moment”.