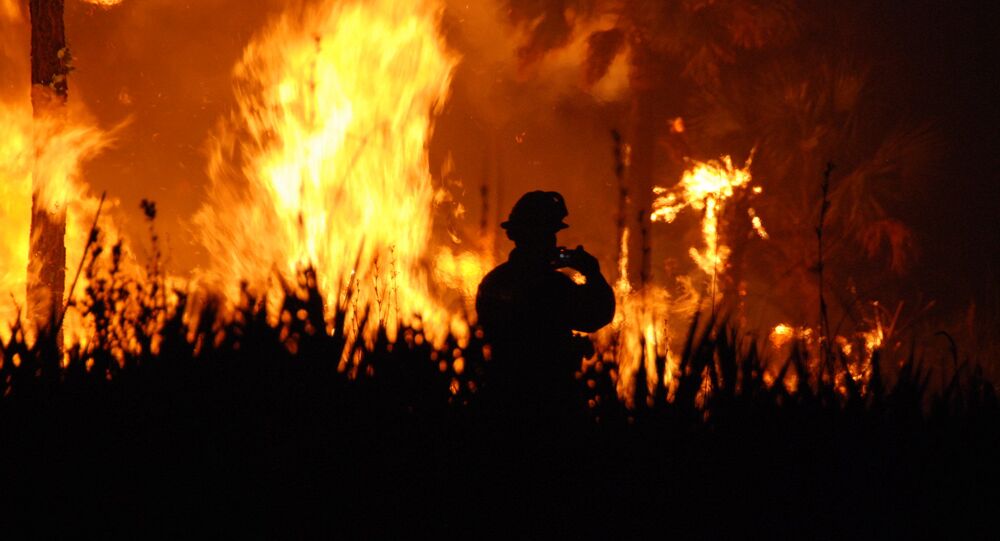 WASHINGTON (Sputnik) - One firefighter is dead and another is in critical condition after a shooting at a firehouse in Agua Dulce, California, Los Angeles County Fire Chief Daryl Osby said during a press conference.

"It is with a heavy heart that I stand here to say that one of our firefighter specialists succumbed from his injuries… Additionally at Fire Station #81, a fire captain, who’s a 54-year old male, sustained a gunshot and he was transported to Henry Mayo Hospital where he remains in critical but stable condition," Osby said on Tuesday.

The fire department is still in the process of gathering additional information about the shooting and is cooperating with the LA County Sheriff’s Office in the investigation, chief said.

Osby also confirmed that the shooting suspect is believed to be an off-duty firefighter who worked at the station where the shooting occurred. Law enforcement has yet to determine the motive or release the identity of the suspect.

The suspected shooter then went to his home near the fire station, where he is believed to have set his own house ablaze before dying from a self-inflicted gunshot wound to the head. However, officials have yet to verify the identity of the corpse due to the ongoing fire.

Two Killed, Over 20 Injured After Three Gunmen Go on Shooting Spree in Miami