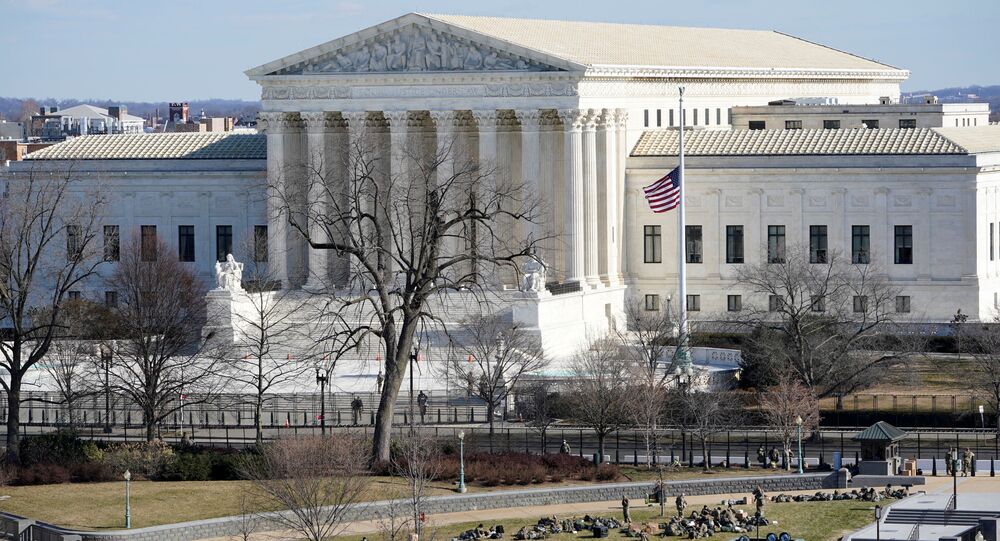 A Missouri court ruled in June 2020 that Johnson & Johnson "disregarded the safety of consumers," and put profit above safety by marketing talc products that caused ovarian cancer in humans. As a result, the company has been ordered to award several women an estimated total of $2.12 billion in damages.

The Supreme Court of the United States (SCOTUS) on Tuesday rejected Johnson & Johnson's request to appeal a verdict in favor of 22 cancer sufferers in 12 different US states.

None of the participating SCOTUS justices commented on the move, which upholds a previous court decision in which a Missouri jury found that Johnson & Johnson's once-popular, talc-based baby powder contained asbestos and asbestos-laced talc, which has been linked to ovarian cancer.

It's worth noting that the July 2018 verdict ordered the New Jersey-based pharmaceutical company to pay nearly $4.7 billion in damages to the plaintiffs. However, the payout was lowered to $2.12 billion after a Missouri appeals court dismissed claims made by some of the 22 women.

Johnson & Johnson - manufacturer of one of three COVID-19 vaccines approved for use in the US - has denied that its talc-based products contain asbestos.

In its appeal, the company argued that it was not treated fairly during court proceedings, and was "at odds with decades of independent scientific evaluations confirming Johnson's Baby Powder is safe, is not contaminated by asbestos and does not cause cancer."

SCOTUS Associate Justices Samuel Alito and Brett Kavanaugh did not take part in the decision, as Alito owns somewhere between $15,000 to $50,000 in Johnson & Johnson stock, and Kavanaugh's father, E. Edward Kavanaugh, participated in pro-talc lobbying.

"This decision sends a clear message to the rich and powerful: You will be held to account when you cause grievous harm under our system of equal justice under law," Mark Lanier, lead attorney for the 22 women, told the Associated Press.

The SCOTUS decision may signal a rough legal road ahead for Johnson & Johnson, which is facing thousands of lawsuits related to its talc-based baby powder.