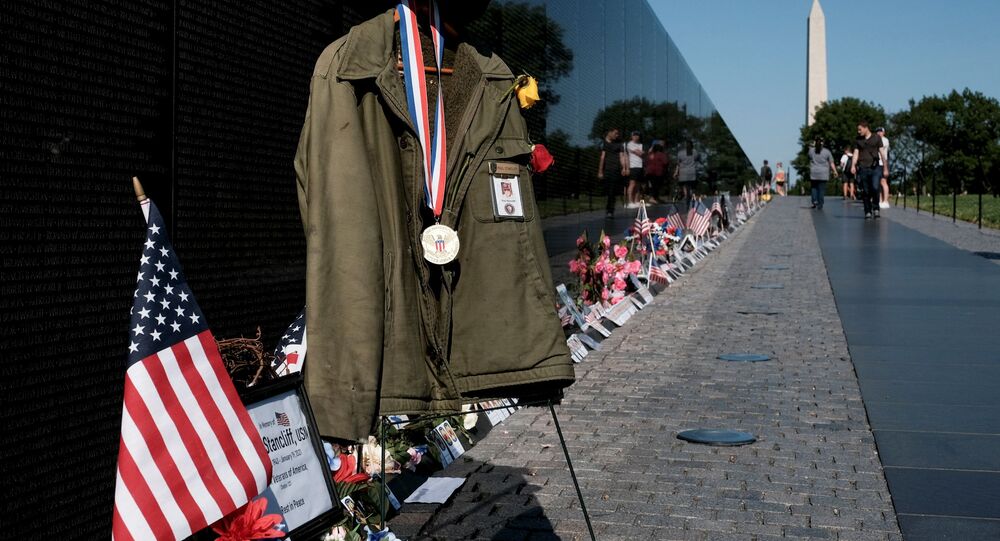 Memorial Day, a federal holiday in the United States marked on the last Monday of May, is when Americans commemorate those who have died performing military duties.

American celebrities and politicians, including the president and the vice president, took to Twitter on last Monday of May to mark the Memorial Day, sharing warm words about the military men and women of the US.

"Each year, Memorial Day offers us a chance to reflect on the enormity of the sacrifices that generation after generation of Americans has made", Joe Biden said during his Memorial Day address to the troops. "So my message to all of you is quite simple: thank you, thank you."

The gratitude was echoed by Vice President Kamala Harris, who noted that Americans should thank US soldiers not just on Memorial Day, but every day.

Each year, Memorial Day offers us a chance to reflect on the enormity of the sacrifices that generation after generation of Americans has made. pic.twitter.com/yARTptfyO2

We honor those members of our military who sacrificed their lives in order to defend our freedoms. We owe these heroes—and their loved ones—everything. Not just on Memorial Day. Every day. pic.twitter.com/bAbl6cxxw1

​Many prominent figures from the world of media, sport, cinematography and politics also marked Memorial Day in their Twitter accounts.

This Memorial Day, let’s remember the men and women who sacrificed everything for the people they served with and the country they loved. We owe them all an enormous debt of gratitude. pic.twitter.com/uPSn54O9Xs

This #MemorialDay, we are reminded that the price of freedom is too grave, and many men and women died so that we may know it. America is the greatest nation on earth because of those who selflessly fought to protect it. pic.twitter.com/9izipR0SKN

Paying my respects at the monument to the Unknown Dead at the San Francisco National Cemetery in the Presidio in honor of #MemorialDay. Today, and every day, we are thankful for their service and draw strength from their sacrifice. pic.twitter.com/aqsEfJFAFo

The measure of a hero isn't popularity, fame, or the stories written. It's what they give to, and give up for, others.

Today we honor true heroes and their loved ones who gave everything possible for freedom. #MemorialDay

Eternally grateful to those who risked it all to protect us and our freedoms. Thank you to all those who have served in this great nation’s military. #MemorialDay #ThankYou #America pic.twitter.com/8Q7SGeHX0M

“Thank you” will never be enough. #MemorialDay pic.twitter.com/LnG0BDyi9F

​Some politicians have seen s backlash over their commemoration of Memorial Day, like GOP Representative Matt Gaetz, who retweeted a picture of the JFK killer, Lee Harvey Oswald.