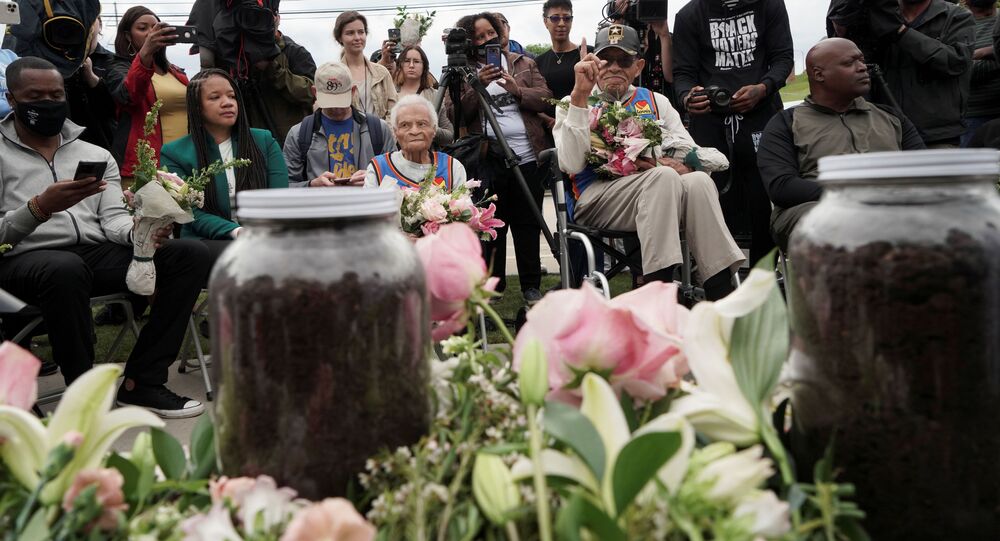 The Tulsa race massacre that took place in 31 May and 1 June 1921 left the Greenwood district of the Oklahoma city ransacked and destroyed, killing, according to some estimations, some 300 people.

A candlelit vigil is taking place in Tulsa's Greenwood, Oklahoma, on Monday, to honour the memory of the victims of the 1921 Tulsa massacre, starting from the time when the first shot was fired, kicking off the race massacre.

The killings began during the weekend of Memorial Day in 1921, one hundred years ago, with armed mobs of whites attacking black residents in the Greenwood neighbourhood, named by some as the "Black Wall Street" because it contained one of the wealthiest black communities in the US at the time.

According to some estimations, the massacre saw some 300 blacks killed by armed the white mob.