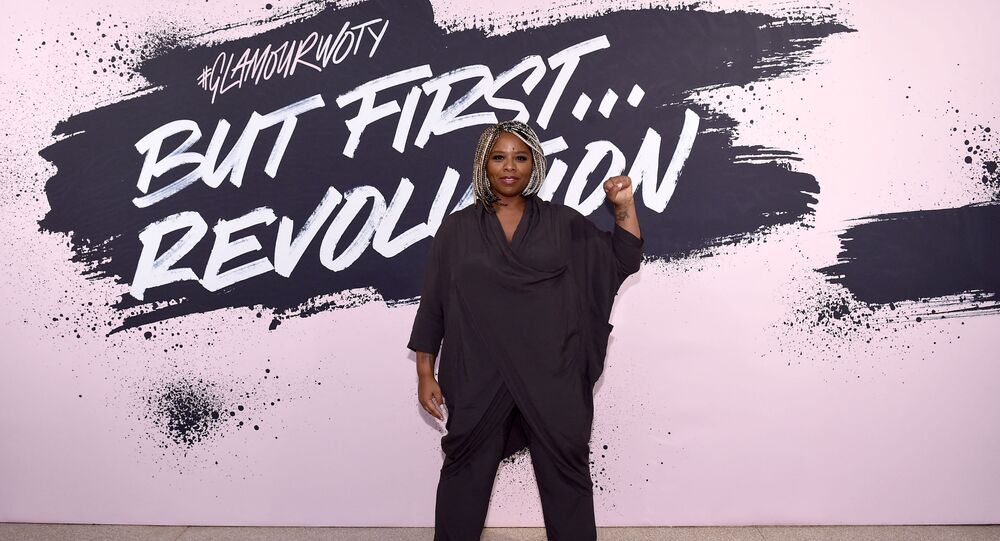 Patrisse Cullors, co-founder of a viral Black Lives Matter movement that fuelled a wave of worldwide protests in summer 2020, announced last week that she's resigning from her executive post to focus on new projects. Her departure follows a scandal around the group’s use of finances in light of Cullors purchasing several lavish homes.

BLM co-founder Patrisse Cullors made some eyebrow-raising calls “to end” Israel during a Harvard Law School event in 2015 that have recently resurfaced online following the activist’s controversial resignation from the BLM Global Network Foundation.

Speaking to students from Harvard's Human Rights Programme’s as a part of the "Globalising Ferguson: Radicalised Policing and International Resistance” event six years ago – not long after the unrest in Ferguson that erupted in the wake of Michael Brown's death at the hands of white police officer Darren Wilson – Cullors called to stop supporting “imperialist project” Israel.

"Palestine is our generation’s South Africa. If we don’t step up boldly and courageously to end the imperialist project that’s called Israel, we’re doomed," the activist said, with her comments widely captured on camera.

Cullors then described her trip to the Gaza Strip and the West Bank in 2015, which she said was highlighted by “violence” and “terror” against Palestinians, as she had apparently witnessed “murder and deaths at the hands of Israelis and Zionists.”

The activist’s past comments have been circulated on social media after being highlighted by various outlets a week after the recent wave of hostilities between Israeli forces and Hamas militants ended in a ceasefire, while people have accused Cullors and the forum’s attendees of anti-Semitism.

One part about being a devout Marxist is anti-religion. This woman is a racist to the highest degree both against white people and Jews.

That level of ignorance with that level of confidence in one's words gives me hives. Will someone people sit this woman down and explain the middle east crisis to her? This hurts my brain.

Cullors, a self-described “Marxist,” announced last week that she would step down as BLM’s executive director to start her “next journey.” Her departure comes after a scandalous report by The New York Post around Cullors’ purchase of a $1.4 million California home, an addition to her three other high-end houses, sparking questions about if the group’s public finances are being used for social justice programmes or ending up in the pockets of its executives.

Cullors described the allegations about the misuse of BLM’s finances and the Post’s article as an attempt to “discredit” her and the movement in general.

“I have never taken a salary from the Black Lives Matter Global National Fund,” she boldly stated in April.

However, the backlash around her not-so-Marxist lifestyle has not waned in recent weeks.