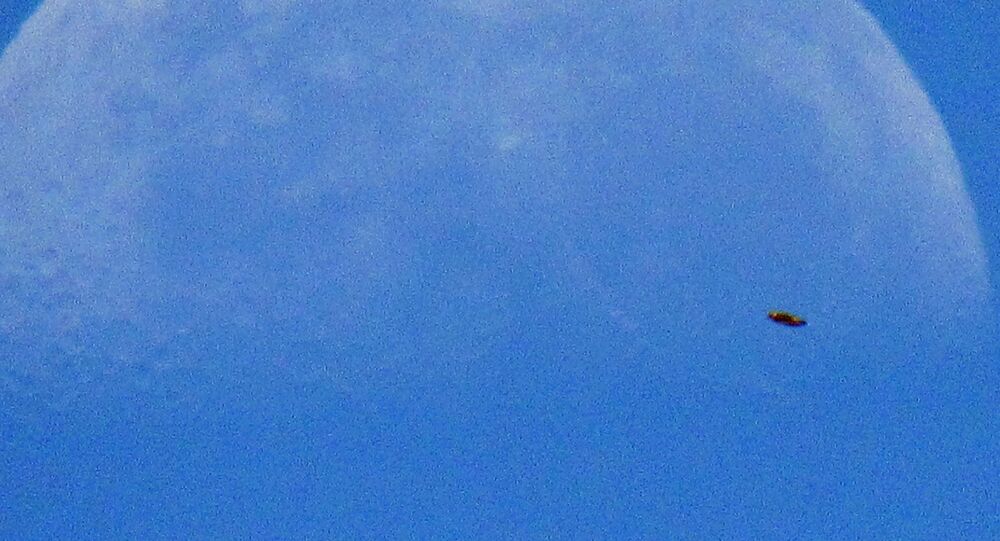 Earlier, the media reported that the head of US national intelligence and the Pentagon must submit an unclassified report on research related to the study of UFOs, and on the government's approach to the issue. The report is expected to include a detailed account of the agencies, staff and surveillance systems that collect and analyze the data.

Unidentified flying objects, commonly known simply as UFOs, on which the US authorities gather information, may, in fact, turn out to be Russian or Chinese drones, US astrophysicist professor Adam Frank wrote in an op-ed in the New York Times on Sunday.

Earlier, Frank was awarded a NASA grant, as he and his colleagues are part of the research for the search for extraterrestrial intelligence (SETI) program, using telescopes to look for possible traces of intelligent life on exoplanets.

"I understand that UFO sightings, which date back at least to 1947, are synonymous in the popular imagination with evidence of extraterrestrials. But scientifically speaking, there is little to warrant that connection," Frank argued. "There are excellent reasons to search for extraterrestrial life, but there are equally excellent reasons not to conclude that we have found evidence of it with UFO sightings."

The astrophysicist stated that he would examine the intelligence report, which is to be presented before Congress in June, with "great interest," and that UFO evidence should be investigated "using the best tools of science and with complete transparency."

© Photo : Twitter / @rosemontseneca
Screenshot from a video showing what is believed by some Florida residents to be a UFO

However, the scientist noted that apart from fuzzy videos and very impressionable eyewitness accounts, the UFO phenomenon has "more prosaic explanations" than extraterrestrial civilizations trying to remain stealthy but getting caught on camera over and over again.

"For example, it’s possible that UFOs are drones deployed by rivals like Russia and China to examine our defenses — luring our pilots into turning on their radar and other detectors, thus revealing our electronic intelligence capacities. (The United States once used a similar strategy to test the sensitivities of Soviet radar systems)," the astrophysicist explained. "This hypothesis might sound far-fetched, but it is less extreme than positing a visit from extraterrestrials."

According to Frank, using powerful telescopes to search for evidence of the existence of extraterrestrial intelligence on planets far away from the Earth is much more promising, as it may be capable of finding so-called "technosignatures" of intelligent life. Although he cautioned that such discoveries, if made, would take a considerable amount of time and effort to double-check before they could be presented to the public.

"The work of science, though ultimately exciting, is mostly painstakingly methodical and boring. But that is the price we pay because we don’t just want to believe. We want to know," he concluded.

This week, a poll conducted by Quinnipiac University revealed that more than 1/3 of Americans thought that there were indeed aliens behind the UFO sightings.

Earlier, the US authorities admitted the existence of a program studying the UFO phenomenon and published several videos taken by the military, but the nature of the objects observed on those videos remains unclear.