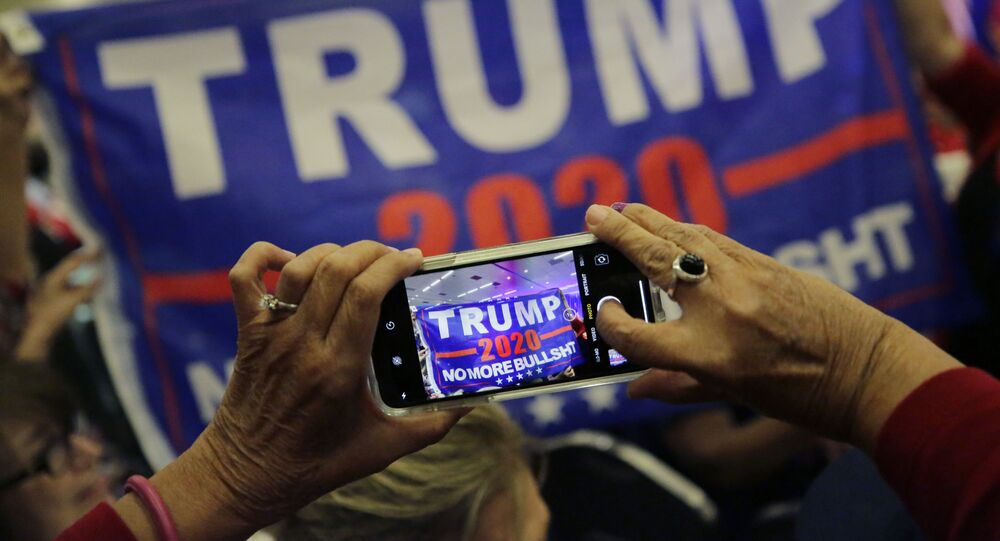 So Much for Freedom of Speech? Men Removed From Yankee Stadium Over 'Trump Won' Banner

Despite the announcement and subsequent verification of the election results, Donald Trump has continued to accuse the Democrats and Big Tech of conspiring to steal the re-election from him. The latest polls suggest that at least 66% of Republicans believe Trump actually won the 2020 election.

Two men attending the game between the Yankees and Toronto Blue Jays at the Yankee Stadium in New York apparently forgot the one thing that must always be left outside when attending sports events – politics – and had to pay for it. The 27 May game was interrupted after the two unidentified males unfurled a large banner from the second deck behind first base, which read "Trump Won Save America".

Their gesture, directed at perpetuating the claim that Donald Trump was robbed of his re-election bid in 2020 by the alleged machinations of the Democratic party and voter fraud, was left unappreciated by most of the baseball fans: the majority booed the duo and only a few supported them with cheers. Some people from the rows below even tried to grab the lower part of the banner and take it down.

Sounded like the entire crowd was booing until security confiscated the banner, which then resulted in a loud cheer. pic.twitter.com/m56kjgkJ9W

However, the duo's minute of fame did not last for long, as stadium security arrived, seizing the banner to the cheers of those who were outraged by its message. The security guards also removed both men from the stadium, seemingly cuffing one of them, judging by the videos of the incident available online.

While making political statements during a sports event is indeed a controversial issue, Trump supporters have been largely limited in their ability to provide their take on the recent events in the country. Soon after the first results of the 2020 elections started to suggest a Joe Biden victory, social media giants Facebook and Twitter started labelling posts claiming that election fraud had taken place as misleading or fake. A similar fate awaits those who claim that Republican Donald Trump "won the election".

Trump repeatedly claimed that Democrats and Big Tech had conspired to commit voter fraud and rob him of victory in the election. However, none of the Trump campaign's lawsuits on alleged violations stood up in court. Despite that, the ex-POTUS has not abandoned his narrative.

Democrats insist that Trump's claims were the main trigger behind the 6 January storming on the Capitol. Many social media companies, including Facebook and Twitter, banned the ex-president from their platforms – something that Trump slammed as an attack on freedom of speech.