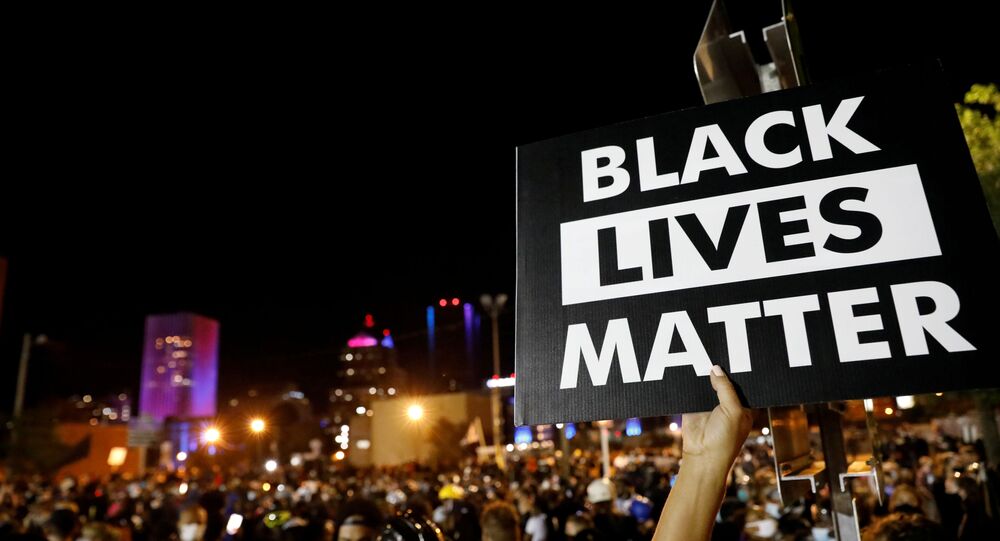 The development comes as the organisation’s founder Patrisse Khan-Cullors is facing accusations of financial impropriety from supporters as well as its own members. Cullors insist the accusations are a right-wing attempt to discredit her.

Mothers of African-Americans killed by police officers have accused the Black Lives Matter (BLM) movement of profiting off them. They say that the organisation, which protests against incidents of racial discrimination and police brutality, hadn’t helped them at all.

"They are benefiting off the blood of our loved ones, and they won’t even talk to us," said Samaria Rice, the mother of a 12-year-old boy killed by a police officer when he was playing with a toy gun.

Rice said she exchanged a few emails with co-founder of BLM Patrisse Khan-Cullors as she sought help from the organisation in reopening an investigation into her son’s death. Rice said she never managed to meet with Cullors.

The co-founder of BLM has recently resigned from the organisation, saying she needs to focus on her forthcoming book. However, Rice argues that this is not the case.

"I don’t believe she is going anywhere. It’s all a facade. She’s only saying that to get the heat off her right now," she said.

Another grief-stricken mother, Lisa Simpson, also blasted the activist, saying she doesn’t need to show her accountability. "She can just take the money and run," Simpson said.

She claims she never received $5,000 that the Los Angeles division of BLM raised for her son’s funeral. Simpson accused the organisation of "raising money in our dead sons’ names and giving us nothing in return".

Samaria Rice and Lisa Simpson are among several mothers that have criticised BLM for not supporting the relatives of the victims of police brutality and racial discrimination.

The development comes a month after the New York Post revealed that Patrisse Khan-Cullors has bought four luxury homes in the past five years, with the newspaper estimating the mansions to be worth $3.2 million dollars.

In April BLM said Ms. Cullors received $120,000 between 2013 and 2019 for her work and stressed that neither the organisation nor its founder committed any wrongdoing.

"As a registered 501c3 non-profit organisation, [the foundation] cannot and did not commit any organisational resources toward the purchase of personal property by any employee or volunteer. Any insinuation or assertion to the contrary is categorically false," BLM said in a statement.

In 2018 Khan-Cullors released a book called "When They Call You a Terrorist: A Black Lives Matter Memoir", which ranked 12th on the New York Times Best Seller List. Last October she signed a multi-year deal with Warner Bros. to produce content for "black voices who have been historically marginalised". It is not known how much money she was paid for the memoir and the contract with Warner Bros.

This is not the first time that Black Lives Matter movement of financial impropriety. Last year 10 members of the organisation wrote a letter, saying most divisions received no support from it.

"To the best of our knowledge, most chapters have received little to no financial support from BLMGN since the launch in 2013,” read the letter signed by representative of the groups from New Jersey and the Hudson Valley.

Earlier this week, Patrisse Khan-Cullors resigned, emphasising that her departure has nothing to do with what she called right-wing attempts to discredit her. She said that her resignation had been planned for more than a year and that she wants to focus on her deal with Warner Bros. and her second book, "An Abolitionist's Handbook".