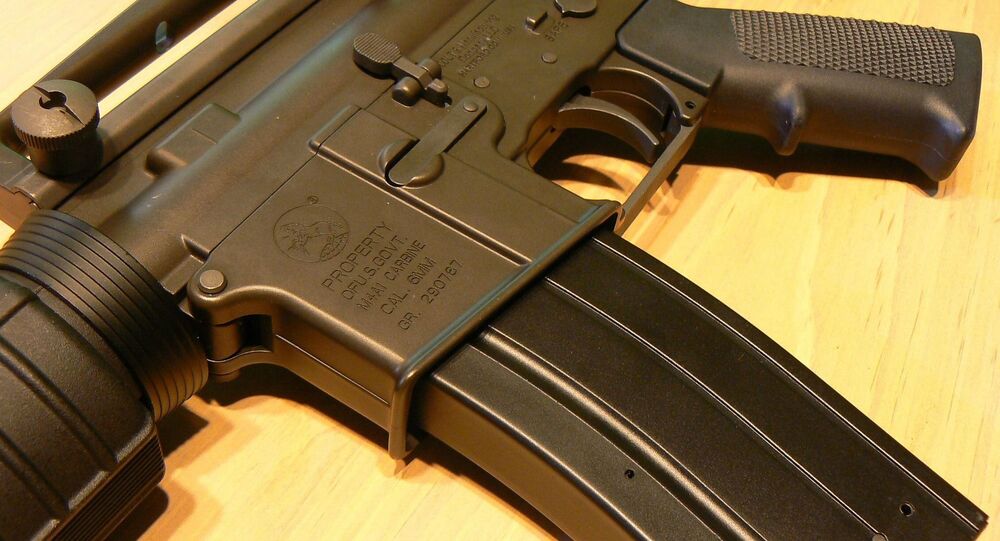 MOSCOW (Sputnik) - The man suspected of shooting eight people dead at a rail yard in San Jose, California, stored 12 firearms and thousands of rounds of ammunition at his home, the local sheriff's office reported on Saturday.

"An initial search of the suspect's residence discovered multiple cans of gasoline, suspected Molotov Cocktails, twelve (12) firearms, and approximately twenty-two thousand (22,000) rounds of various types of ammunition. It is believed that the suspect coordinated the destruction of his residence", the sheriff's office said in a Friday press release.

The team also discovered potential explosive precursor materials during the initial searches of the VTA rail yard and the suspect's residence, though no bomb was found.

According to the sheriff's office, the culprit was described by his co-workers as being disgruntled. Based on the available evidence, the investigators believe that the act was planned and the shooter acted alone.

"It is clear that this was a planned event and the suspect was prepared to use his firearms to take as many lives as he possibly could had Sheriff's Deputies not made entry to stop his rampage", the statement read.

On Wednesday morning, a man, 57, killed eight people and himself at the Santa Clara Valley Transportation Authority (VTA) Light Rail facility, where both the shooter and the victims worked. Later the same day, the police together with FBI officers searched the suspect's apartment. When they arrived at the scene, the place was on fire, and firefighters were called to assist.

The exact motive for the shooting is yet to be determined, and the investigation is ongoing.

Since the beginning of 2021, several mass shootings have taken place in the US, with the most prominent being the assault on spas in and around Atlanta; the attack on a grocery store in Boulder, Colorado; at a home in Rock Hill, South Carolina; and at a FedEx facility in Indianapolis, Indiana.