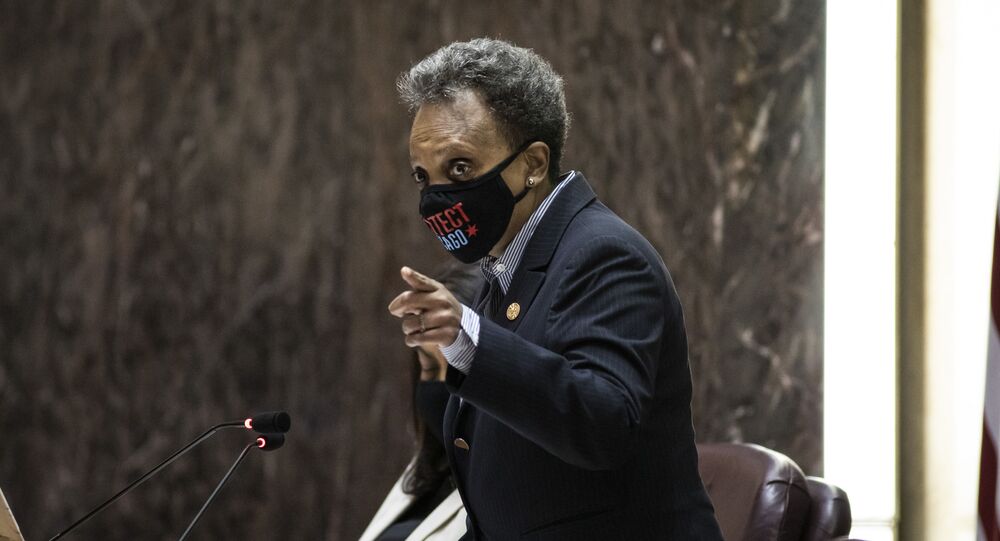 Lori Lightfoot's office did not even reply to Dally Caller reporter Thomas Catenacci's three requests for an interview on the city's COVID-19 immunisation programme — the first of which was made the very day she announced she would only speak face-to-face with journalists 'of colour'.

Conservative new website the Daily Caller has sued Chicago's Democrat Mayoress over her "racist" refusal to speak to white reporters.

The Daily Caller News Foundation and conservative government transparency group Judicial Watch filed suit against Mayoress Lori Lightfoot on Thursday. That was after her office failed to respond to repeated requests from white reporter Thomas Catenacci for an interview.

Lightfoot announced last week on the second anniversary of her taking office that she would henceforth only grant "one-on-one interviews with journalists of color [sic]".

The suit charges that Lightfoot has violated the Daily Caller's and Catenacci's First Amendment right to free speech, and also the reporter's 14th Amendment rights to equal protection under the law on the grounds of race.

The reporter was seeking to question the mayoress on the COVID-19 pandemic and the city’s efforts to vaccinate its population.

“Preventing journalists from doing our jobs in such a blatantly discriminatory way is wrong and does a disservice to our readers who come from all backgrounds," said Catenacci. "Every journalist and every person who consumes the news should be concerned by Mayor Lightfoot’s actions”.

“This affects everyone,” Catenacci stressed. “I look forward to holding the mayor accountable”.