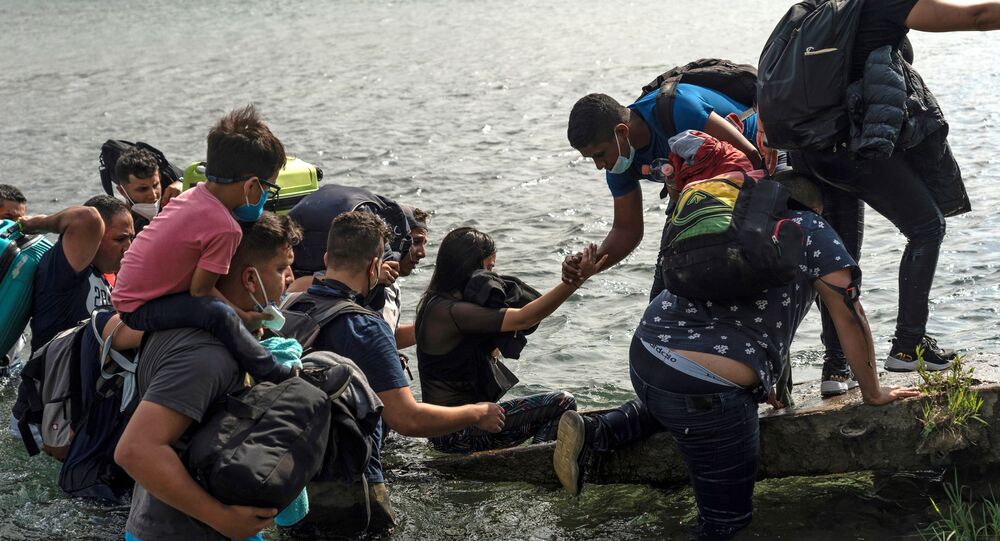 'Mr Brexit' Farage stressed that those being trafficked by drug gangs were not counted among the 700,000 illegal immigrants claiming asylum or refugee status, but were disappearing into the criminal underworld of the narcotics trade.

Ex-Brexit Party leader Nigel Farage has described the situation on the US-Mexico border as an "emergency" after witnessing rampant drug trafficking.

Farage, currently on a speaking tour of the US, visited Arizona to see the "unimaginable" scale of people and drug trafficking on President Joe Biden's watch.

"Since Biden took the White House, the problem of illegal crossings into America has reached, now, genuinely an emergency level," Farage said. "Already this year, that we know of, over 700,000 people have come into the USA."

"They're now being dispersed all over the country, placed in different communities," he said. But more concerning were "those that don't get caught, those that finish up going directly into the drug trade and other criminal actions."

© Photo : Twitter / Nigel Farage‏
'No One Has His Charisma': Trump 'the Only Guy' Who Can Make 3rd Presidential Bid, Farage Says
A local sheriff showed Farage around a remote area where drug mules are left by "coyotes" — people-traffickers — then picked up at night by what he called "roadrunners" who drive them to destinations in the US.

Farage drew a parallel with the recent surge in people-trafficking across the English Channel to his home county of Kent and elsewhere in the UK, lamenting the "lack of coverage from mainstream media".

"The whole question of borders, open borders, in a sense it's what got us Brexit," the leader of the 2016 referendum campaign said. "It's also helped to completely destroy the Labour Party in the United Kingdom."

Farage said he had a "real feeling here that at the mid-term elections coming up in America, this issue and what's going on on the border may well be the thing that brings the Republicans back, gives them majorities in both of the houses — and perhaps even the presidency in 2024."