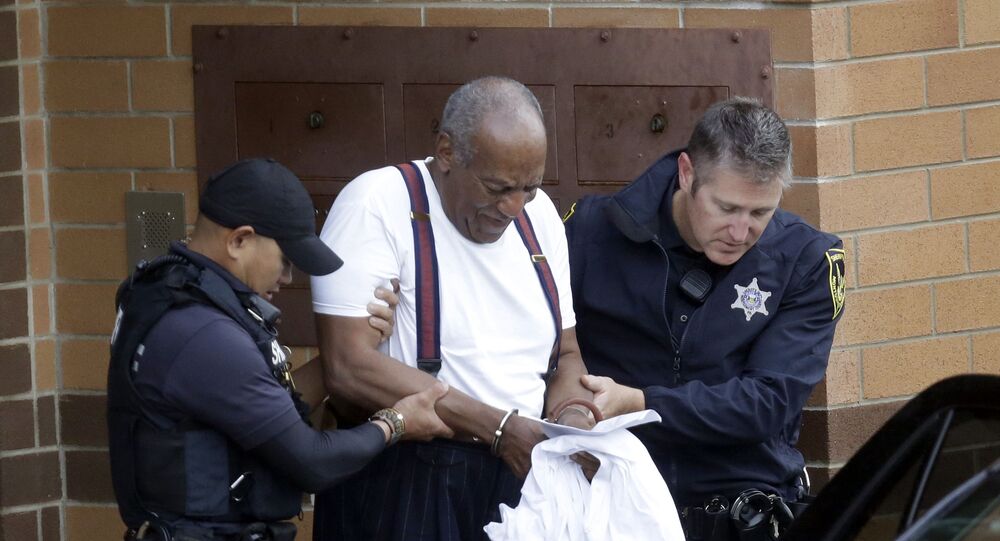 The disgraced US comedian, widely known from "The Cosby Show", was convicted in 2018 on three counts of aggravated indecent assault dating back to 2004. He was sentenced to between 3 and 10 years behind bars, becoming one of the first high-profile celebrities accused of sexual offences to be held accountable in the #MeToo era.

US actor Bill Cosby has been denied parole after failing to "develop a parole release plan" and receiving a negative recommendation from the Department of Corrections, CNN reported Friday, citing a letter from the Pennsylvania Parole Board that made the decision on 11 May.

The comedian will be obliged to take part and complete additional institutional programmes for sex offenders and violence prevention after which the board will review his progress, provided that he has a "clear conduct record", the letter said.

Cosby's spokesman said that the parole denial was unpleasant, but not unexpected news to Cosby, his family and friends, and his lawyers.

"Mr. Cosby has vehemently proclaimed his innocence and continues to deny all allegations made against him, as being false, without the sheer evidence of any proof. Today, Mr. Cosby continues to remain hopeful that the Pennsylvania State Supreme Court will issue an opinion to vacate his conviction or warrant him a new trial", CNN quoted spokesman Andrew Wyatt as saying.

In 2018, the actor was sentenced to a prison term of between 3 and 10 years for aggravated indecent assault. Cosby was accused of drugging and sexually assaulting Andrea Constand, a former Temple University women's basketball administrator. The court's verdict means that the actor has the right to request parole after three years in jail, but his term cannot exceed ten years.

© AP Photo
This image provided by the Montgomery County Correctional Facility shows Bill Cosby on Tuesday, Sept. 25, 2018, after he was sentenced to three-to 10-years for sexual assault.

During the trial, the comedian's legal team insisted that their client, who is almost blind, should be put under house arrest. The prosecution, however, demanded a real prison sentence for Cosby of up to 10 years.

Cosby previously faced a slew of other sex-related allegations from dozens of women, but the statute of limitations had expired in the majority of the cases.

The comedian was convicted during the rise of the #MeToo social media phenomenon encouraging people to publicly speak out against sexual abuse and harassment. The rise of the movement saw multiple high-profile celebrities being accused of sex offences. Most notably, influential Hollywood movie producer Harvey Weinstein was sentenced to 23 years in jail on rape and sex assault charges after dozens of women came forward to accuse him of the said offences.

Cosby’s lawyers said the comedian had fallen victim to a kind of witch hunt as a result of the #MeToo movement.