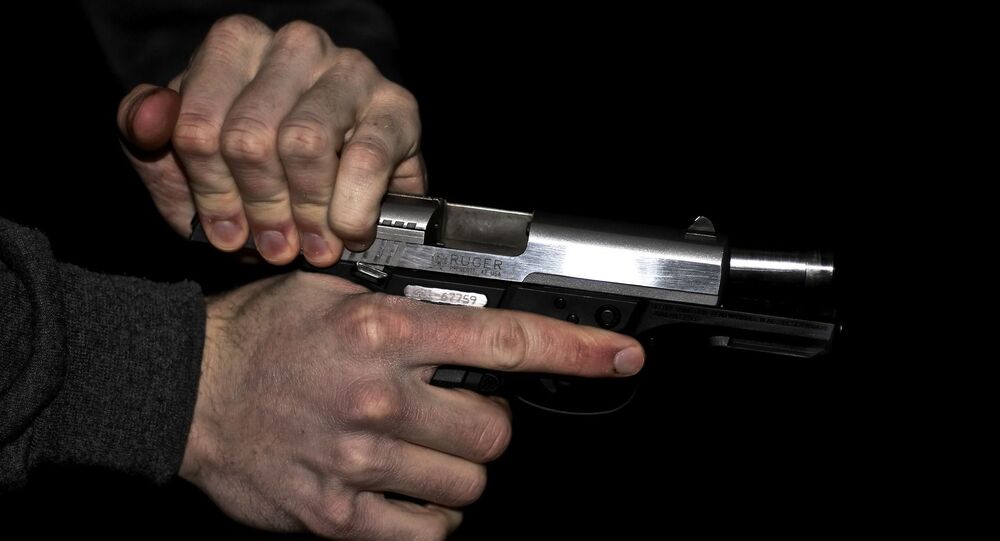 A San Jose workplace mass shooting came on the heels of two similar incidents in Indiana and Texas, prompting US President Joe Biden to renew calls for passing tougher gun laws in the country. What's behind the increasing violence and could the measures proposed by Washington solve them?

On 26 May, a 57 year-old Valley Transportation Authority (VTA) employee, identified as Sam Cassidy, shot nine co-workers dead at a train yard in San Jose, California, and then killed himself in front of responding police officers. Before that, the gunman set his own house on fire.

On Thursday, the authorities recovered three handguns from the crime scene that were legally obtained and registered, according to the FBI San Francisco special agent in charge, Craig Fair, as quoted by CNN. Judging from the evidence obtained during the investigation, the suspect appeared to have been "a highly disgruntled VTA employee for many years", the Santa Clara County Sheriff's Office stated on 27 May.

The northern California tragedy has become the third case of a workplace mass shooting in under two months in the US, according to NPR. A similar rampage occurred in Indianapolis, Indiana on 15 April, with a former FedEx worker killing eight people before killing himself. On 8 April, a gunman killed one person and wounded at least five others at a Texas cabinet-making company where he worked.

There are two reasons why mass workplace shootings are being seen, according to Steven Howard, a former federal agent: first, people are going back to work after protracted lockdowns; second, because the problems that have led to a lot of mass shootings still exist. He laments the fact that the government is failing to address these pressing issues and spend money on helping people solve the problems they are facing in light of the year 2020 with the COVID pandemic.

When it comes to the San Jose rampage, Howard argues that it would be inaccurate to call what happened there a "mass shooting": this was "a first-degree, premeditated mass murder", he insists.

It appears that the suspect was very angry, Howard notes, adding that this reminds him of a case that he represented as an attorney, when his friend ultimately lost his temper and hit his co-worker with a pipe after the latter had repeatedly harassed him for an extended period. Nevertheless, the employer did not learn the lesson and continued to turn a blind eye to instances of harassment at his firm, the former agent recollects. He draws attention to yet another practice when postal employers deliberately harassed their employees with civil service protection when they wanted to get rid of them in the 1980s and 1990s.

"In some cases, it worked; in some cases they went home, got a gun, came back and shot their boss. This is how the term 'going postal' got started. It looks like this may be one of those cases", the former federal agent presumes.

"I have the solemn duty of yet again ordering the flag to be lowered at half-staff, just weeks after doing so following the mass shootings at spas in and around Atlanta; in a grocery store in Boulder, Colorado; at a home in Rock Hill, South Carolina; and at a FedEx facility in Indianapolis, Indiana", Biden said in a statement, calling upon the US Congress to strengthen gun control in the country.

© REUTERS / KEVIN LAMARQUE
U.S. President Joe Biden gestures as he speaks before signing the COVID-19 Hate Crimes Act into law, in the East Room at the White House in Washington, U.S., May 20, 2021.

Earlier this year, the US House of Representatives passed two gun control bills: the first would expand background checks to those purchasing weapons over the Internet; the second would give authorities 10 business days for federal background checks before a gun sale can be licensed. However, both pieces of legislation have been mired in the Senate since then.

Given the current socio-economic situation caused by COVID, it is unlikely that the problem can be solved just by banning guns, Howard believes.

"They seem to think if they can just remove the gun, then all their problems will be solved", he notes. "And history has not taught them a darn thing. Paris has laws against suicide vests and fully automatic Kalashnikovs. And yet in Paris, 139 people were murdered in one fell swoop. There's a law against running people over with trucks. One man killed 80 people by running them over with a truck. And if you want mass murder, there's a lot of things you can do that are a lot more effective than guns".

Gun control advocates are beating the drum for implementing stricter gun laws nationwide, while their opponents argue that there is no clear correlation between tough gun control legislation and homicide or violent crime rates, adding that most gun-related crimes are carried out with illegally owned firearms

As of 2019, the US had the 32nd-highest rate of deaths from gun violence in the world, with 3.96 deaths per 100,000 people, according to the University of Washington's Institute for Health Metrics and Evaluation. At the same time, the country ranks eighth out of 64 high-income countries and territories for homicides by firearm.

Meanwhile, major US cities saw a 33 percent increase in homicides in 2020 amid the COVID pandemic and swirling protests over the death of African-American man George Floyd in police custody last May. According to the Major Cities Chiefs Association, 63 of the 66 largest police jurisdictions registered increases in at least one category of violent crime last year, including homicide, rape, robbery, and aggravated assault.