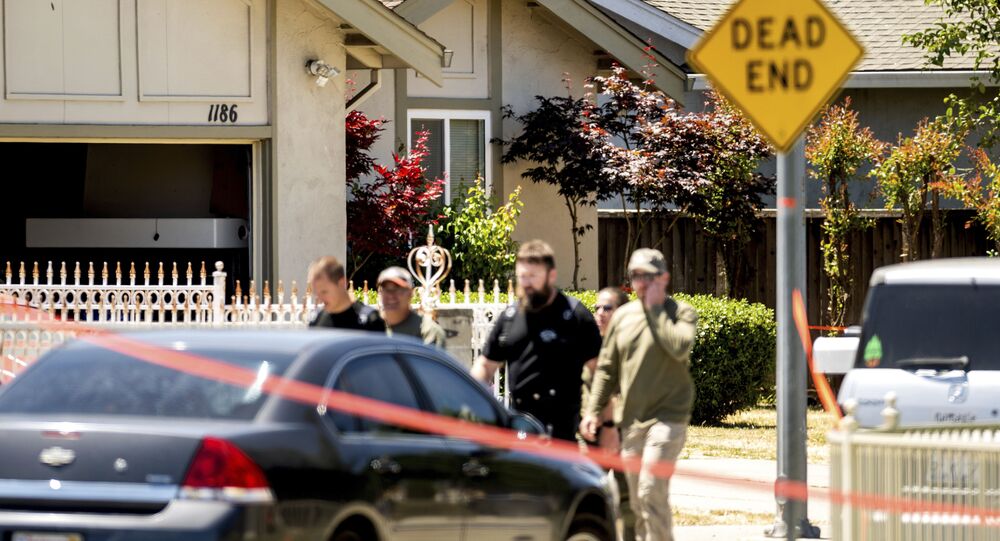 San Jose Gunman Talked About 'How He Hates' His Workplace in 2016, Memo Reads

On Wednesday, at least nine people were killed after a 57-year-old California resident opened fire at a public transit railyard in San Jose before taking his own life.

A gunman behind the 26 May mass shooting in San Jose, California was detained in 2016 after law enforcement officers found that he had professed a hatred of his workplace, a US Department of Homeland Security memo has claimed.

According to the memo, a copy of which was seen by The Wall Street Journal, Samuel James Cassidy was in possession of "books about terrorism and fear and manifestos […] as well as a black memo book filled with lots of notes about how he hates the VTA [the Santa Clara Valley Transportation Authority]", where he worked for at least nine years.

"When asked if he had problems with anybody at work, he stated 'no'", the document reportedly read.

This comes after Cassidy's ex-wife Cecilia Nelms told the AP news agency that he talked about killing people at work more than a decade ago.

"I never believed him, and it never happened. Until now", Nelms said, insisting that Cassidy used to come home from work angry over what he saw as unfair assignments.

© REUTERS / BING GUAN
US Tops Global Lists for Gun-Related Violence, Mass Shootings
US President Joe Biden, for his part, called on members of Congress to "take immediate action" in order to "help end this epidemic of gun violence in America". He also ordered flags to be flown at half-mast in remembrance of the victims of the San Jose mass shooting.

Nine people died after Cassidy opened fire at a public transit railyard in San Jose on Wednesday. The Santa Clara County Sheriff's Office confirmed that the suspect took his own life before law enforcement officials were able to react to the scene.