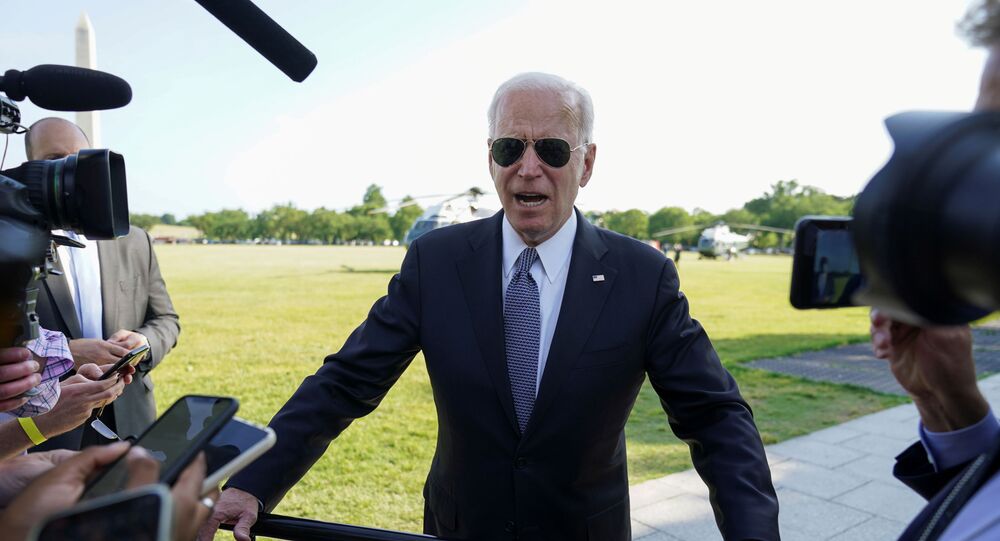 The Democrat delivered a speech at a Cuyahoga Community College manufacturing centre in which he promoted his $2 trillion infrastructure plan and spoke about the importance of spending on education and research in order to help the country’s economy recover from the crisis caused by the coronavirus pandemic.

Mainstream media has been accused of fawning over President Joe Biden during a trip to Cleveland. The 78-year-old made a quick detour during his visit to buy ice cream for himself and his staff members. This might have seemed like an opportunity for the press to ask POTUS questions on acute issues such as his order to probe the origins of COVID-19 or the migrant crisis at the US border with Mexico. But instead, journalists decided to find out what ice cream he had bought.

"Mr. President what did you order?" pic.twitter.com/13h2hXW58w

​The media’s delight over the president’s taste preferences continued on social media, with several White House reporters writing on the issue.

These are the flavors available at Honey Hut Ice Cream, where Biden is making an unscheduled stop. And now I'm craving a couple scoops of sea salt caramel. pic.twitter.com/7rp36iEXOt

​Biden’s ice cream pit stop was covered by the mainstream media, which caused anger among conservatives, who thought the media was being obsequious to the Democrat.

Our media is so embarrassing. https://t.co/nOBCKZGsie

​Others berated the journalists for not grilling the official on important issues.

The NYP reported yesterday that Joe Biden had dinner with Hunter’s Eastern European oligarch business partners while he was VP but the corporate media would rather ask him about ice cream. https://t.co/t4L5BJlIYF

I didn't realize that role of journalists was to "enjoy" the US President, though I've long know that that's how they see their role and how Democrats see it when their party is in the White House.

​Still others drew attention to the way the press treated Biden’s predecessor when he stopped to buy ice cream.

When Trump had ice cream it was scandal akin to Watergate. pic.twitter.com/zemgx5deOK

​One journalist did ask POTUS if he had a message for Republicans who voiced opposition to a bill that would create a commission to investigate the storming of the US Capitol on 6 January 2020.

"Eat some chocolate chocolate chip", Biden joked before saying: "I can’t imagine anyone voting against the establishment of a commission on the greatest assault since the Civil War on the Capitol".