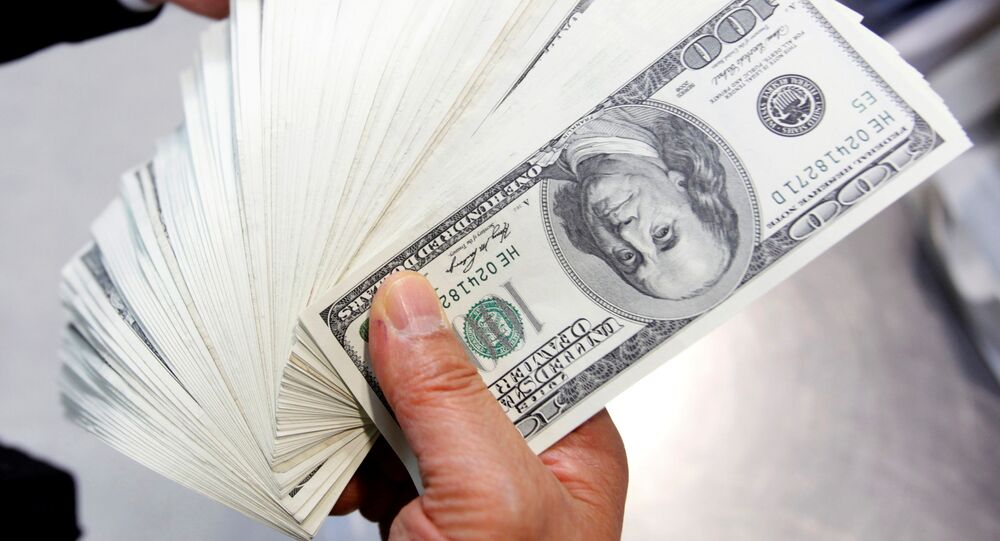 WASHINGTON (Sputnik) - President Joe Biden is set to propose on Friday a $6 trillion budget that would take the United States to its highest sustained levels of federal spending since World War II, while running deficits above $1.3 trillion throughout the next decade, the New York Times reported on Thursday.

While the president will be calling on the federal government to spend $6 trillion for fiscal year 2022, total spending will rise to $8.2 trillion by 2031, the report said, citing documents it obtained.

The budget will cover the cost upgrading the nation's infrastructure and expanding the social safety net and will include planned increases in discretionary spending, the report said.

© REUTERS / Jim Bourg
US Fiscal 2021 Budget Deficit Hits Record $1.93Tln, Treasury Data Shows
The proposal includes increased funds for national defense, though spending in this category would decline as a share of the economy, according to the report.

The proposal shows the sweep of Biden’s ambitions to wield government power to help more Americans attain the comforts of a middle-class life and to lift US industry to better compete globally in an economy the administration believes will be dominated by a race to reduce energy emissions and combat climate change, the Times said.