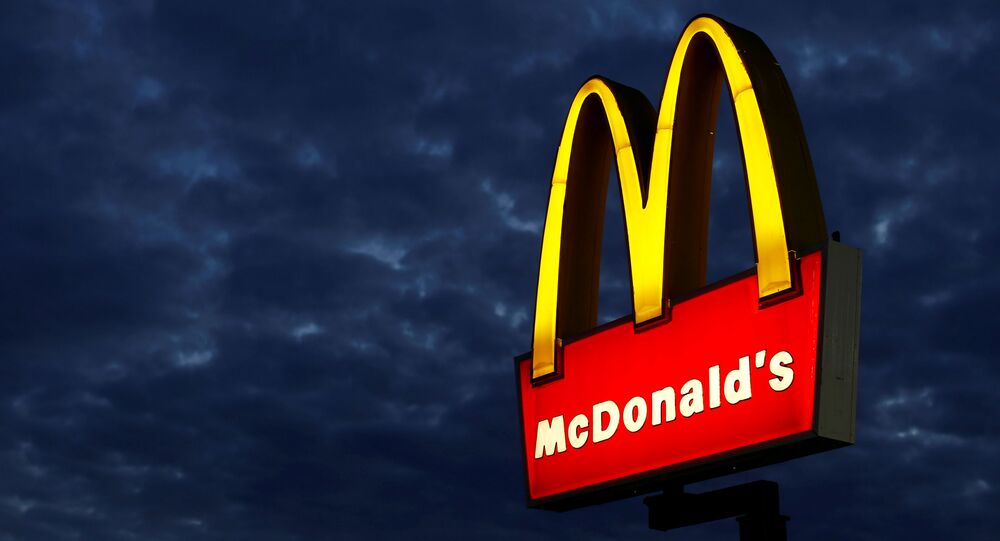 ‘Not Worth an iPhone’: Netizens Mock Illinois McDonald’s Locale Over New Hire Incentive

At the onset of the COVID-19 pandemic, the US economy took a massive hit and saw unemployment rates skyrocket, as many businesses were forced to let staffers go. Figures recently released by the US’ Congressional Research Service indicate the US active workforce rate declined by 60% in April 2020, a level not seen since the 1970s.

A photo circulating across social media recently revealed that a McDonald’s restaurant in Illinois is offering a “free iPhone” as an incentive for new hires, a move that has prompted netizens to lash out at the global company.

The promotional advertisement states that new hires must be employed by the McDonald’s franchisee for a period of at least six months and “meet employment criteria” in order to be eligible for the iPhone.

It’s presently unclear what “employment criteria” the new hires are required to reach.

The sign has been confirmed as belonging to a McDonald’s location in Altamount, Illinois, according to a staffer who spoke with Business Insider.

As for the “free iPhone” being offered, it’s anyone’s guess as details are scarce at the moment. But some netizens have speculated that workers may end up with an iPhone 5, which initially debuted in late 2012.

Others, however, believed the highly-coveted device could even be the iPhone 4, which was unveiled in 2010. More updated versions of the iPhone 4 later saw the introduction of Siri, Apple’s digital personal assistant.

Apple is currently on its 12th iPhone generation.

Elsewhere on the Twitterverse, netizens warned that the “free iPhone” was not at all worth putting in the time or effort of working at a McDonald’s eatery. “I worked at McDonald’s for one year. Working there [for] six months is not worth an iPhone,” wrote one user.

Another user chimed in, adding, “I’m sorry, no McDonald’s job is worth [an] iPhone.”

Instead of offering a free iPhone, other users blasted the company and urged them instead to offer adequate wages for employers. “Maybe if McDonald’s offered a livable wage, they wouldn’t have to offer a f**king iPhone 7 as a hiring incentive,” one person commented on the development.

A spokesperson for the McDonald’s franchise told Business Insider that the Illinois restaurant is not the only franchisee that has tapped similar measures, with other locations offering new hires pay incentives, as well as paid time off opportunities.

A Marriage Made in Fast-Food Heaven: BTS to Appear On McDonald's Menu