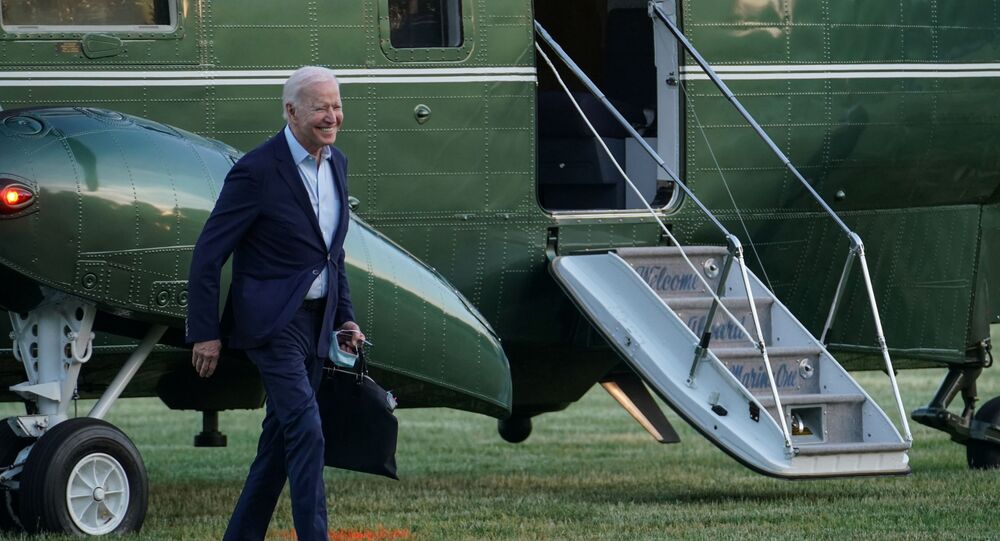 'Hard to Keep up With': Psaki Says Biden Is in Particularly Good Shape, Netizens Dazed

Biden came under a whirlwind of criticism regarding his age and agility when he fell while climbing the steps of Air Force One in March. Among those who mocked at the president's three-time tumble was his predecessor, Donald Trump. However, Biden was fine after the fall, according to the White House.

Jen Psaki, the White House press secretary, told reporters on Monday that President Biden is so well that she has trouble keeping up with him.

Psaki was asked during the White House regular press conference about the president's exercise routine and whether he still uses a Peloton stationary bicycle.

Psaki said she did not have any information on Biden's "private exercise regime," but she admitted that she occasionally struggles to keep up with the 78-year-old president while they are out and about.

"I can tell you, having traveled with him a fair amount, sometimes he's hard to keep up with," Psaki said.

Reporter asks Press Sec. Jen Psaki if Biden has a Peloton bike at the White House:

“I can tell you, having traveled with him a fair amount, sometimes he's hard to keep up with." pic.twitter.com/K2i9BbaWeh

​Following the president's famous plane stairs stumble the White House communications director Kate Bedingfield reassured at the time that Biden was "just fine and did not even require any attention from the medical team who travels with him," as it was "nothing more than a misstep on the stairs."

According to US media, Biden was toppled by the wind as he ascended the stairs to the presidential jet,  a separate White House spokesperson reportedly said.

Several weeks after that incident, the president stumbled a little while climbing the stairs of the plane in very rainy weather. However, then Biden managed to keep his balance and carefully, but rather cheerfully, got to the plane.

And some of the users on social media did not fail to joke around on Psaki's words about the president's agility and the overall "toughness" of the questions asked at the briefing.

I lose my grandma who has dementia at the grocery store every week. Real hard to keep up with too

Damn, when will we find out his favorite color? America needs to know.

​For many American leaders, including President Gerald Ford, who nearly fell head-first down the steps in 1975, the stairs to Air Force One have proved to be a daunting obstacle.