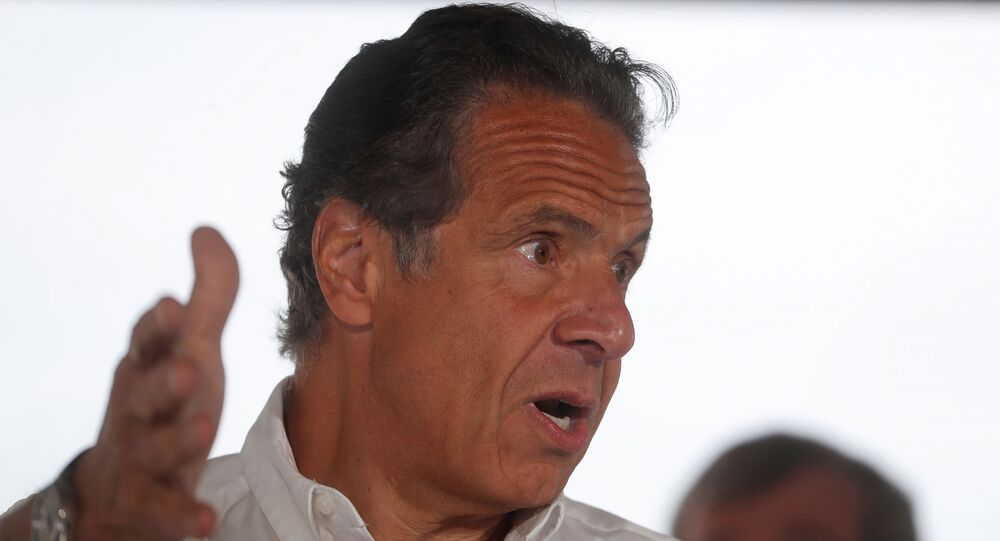 “I am directing the New York State Police to increase patrols at synagogues, schools [and] other Jewish community facilities following a spike of violent attacks,” Cuomo said via Twitter on Monday. “We will do all we can to help ensure Jewish New Yorkers - and New Yorkers of all faiths - are safe.”

In another statement on Monday, Cuomo also decried an attack against an Asian American man who was pushed onto subway tracks in Queens and directed the State Police Hate Crimes Task Force to assist in the investigation into the incident.

Last week, Cuomo directed the New York Police Hate Crime Task Force to probe an assault on a visibly Jewish man who was beaten by a group of protesters at a demonstration over the recent Israeli-Palestinian clashes.

Tensions have been running high since the recent armed confrontation between Israel and the Gaza Strip, resulting in a wave of mass protests in support of the Palestinians or Israelis, including in the United States. These demonstrations have sometimes involved clashes between the participants.