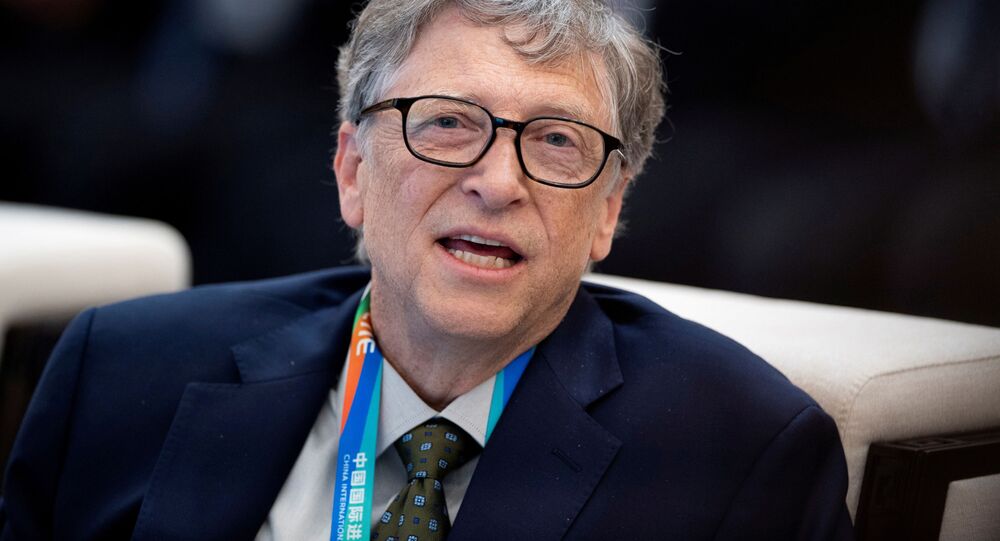 Having arrived at Newark Airport on Friday, Gates was reportedly seen the following day dining at a Nobu restaurant in New York City.

Bill Gates has been spotted in Manhattan on Saturday, with the Daily Mail noting that the founder of Microsoft has been “pictured in public for the first time” since he and his wife Melinda announced their divorce earlier this month.

According to the newspaper, Gates arrived at Newark Airport in New Jersey on Friday along with several travel companions, and was seen the following day dining at Nobu restaurant in New York City with "what appeared to be his daughter Phoebe and her boyfriend, and a large security detail".

The famous entrepreneur and philanthropist, who was "beaming ear to ear sporting an unshaven beard", apparently was still wearing his wedding ring.

Earlier this week, Gates also made an appearance at a virtual global forum with the US Chamber of Commerce, speaking about climate change and the United States’ future recovery from the impact of the COVID-19 pandemic, Fox News adds.

While Gates did not talk about his personal life at that event, he was reportedly seen wearing his wedding ring during his address there as well.

On 3 May, Bill Gates and his wife Melinda announced their separation after 27 years of marriage, declaring in a statement that they cannot grow together in the next phase of their lives.