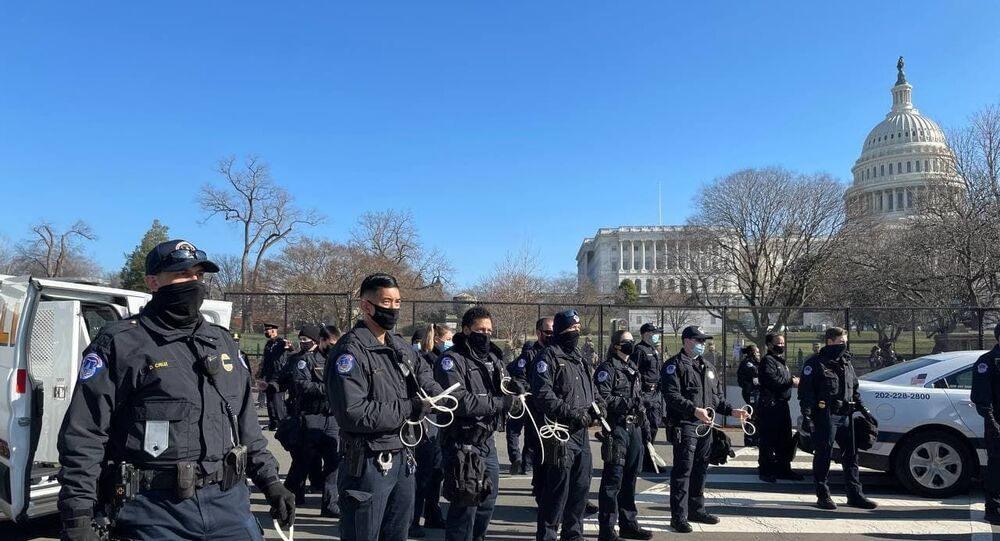 MOSCOW (Sputnik) - Over 70 Capitol police officers have quit following the deadly events of January 6, when hundreds of supporters of the former US president, Donald Trump, stormed the US Capitol in Washington DC in a failed attempt to interrupt the vote count, Politico reported on Saturday, citing the police union.

According to Capitol Police union chair, Gus Papathanasiou, officers are "demoralized" and "looking for a way out" as they face longer working hours for an indefinite period of time and deal with the trauma caused by the recent attacks, the news outlet stated.

"What keeps me awake at night is not the challenge of hiring and training more police officers, but keeping the officers we have right now. We have many officers on the fence about whether to stay with this department," Papathanasiou was cited as saying by Politico.

On Thursday, US lawmakers passed a $1.9 billion emergency funding bill aimed at enhancing security at the Capitol. The bill provides for overtime pay, hazard pay and retention bonuses, in addition to more equipment and better training for the officers. These measures, however, may not be enough to solve the issue amid a surge in violence, the union chair was reported to have said.

In early April, an unknown person approached the territory of the Capitol in an automobile, shot two police officers and then crashed into a fence. After he got out of the car he reportedly rushed police with a knife. Officers opened fire and the attacker and one wounded police officer died in the hospital.

On January 6, a large crowd of Trump supporters, ransacked the US Capitol, disrupting the work of the US Congress as it counted electoral votes to formalize Joe Biden's victory. Over 140 people were reportedly injured in the storming, and five people were killed.